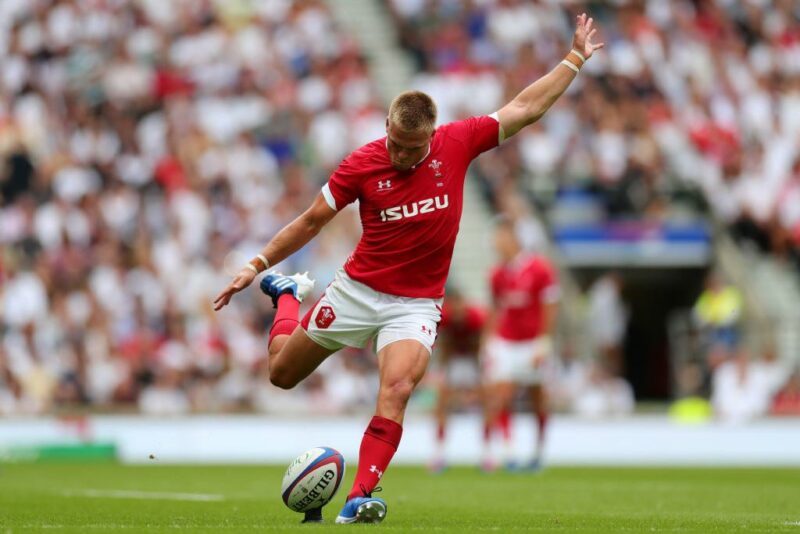 RHYS Webb’s Ospreys half-back partnership with Gareth Anscombe might be a while away from coming to fruition, but it is one set to excite fans at the Liberty Stadium.

Wales fly-half Anscombe – still recovering from a long-term knee injury suffered in last year’s World Cup warm-up clash with England – is yet to play in an Ospreys jersey after joining from Cardiff Blues.

Webb meanwhile has returned to his first club from Toulon and he and Anscombe will be the region’s first-choice playmaker pairing when fit.

Anscombe told The Rugby Paper: “Rhys is a fantastic player. He’s achieved a lot and it’s great to see him back in Welsh rugby after being in France.

“You could see his class when he came on against Italy and England in the Six Nations and added a bit of experience to the team.

“Although we are pretty blessed for nines, when a player like Rhys comes on the market it’s always nice to get him. I’d certainly rather him be at Ospreys than the other regions.”

Webb and the Ospreys are now back in training ahead of PRO14 action returning on August 22, but Anscombe won’t be ready to feature then.

He is continuing his rehabilitation slowly and is yet to target a specific return date with the Ospreys looking for a new fly-half from the southern hemisphere in the meantime.

Luke Price and Cai Evans are the only other playmakers on head coach Toby Booth’s books right now and Price is also nursing a hip injury.

“I’m excited to link up with Webby. I’ve only played a couple of games with him and we’re lucky in that area,” said Anscombe as he looked to the future.

“Hopefully with a few boys coming back from injury in midfield you’d like to think we’d have a pretty experienced spine.”