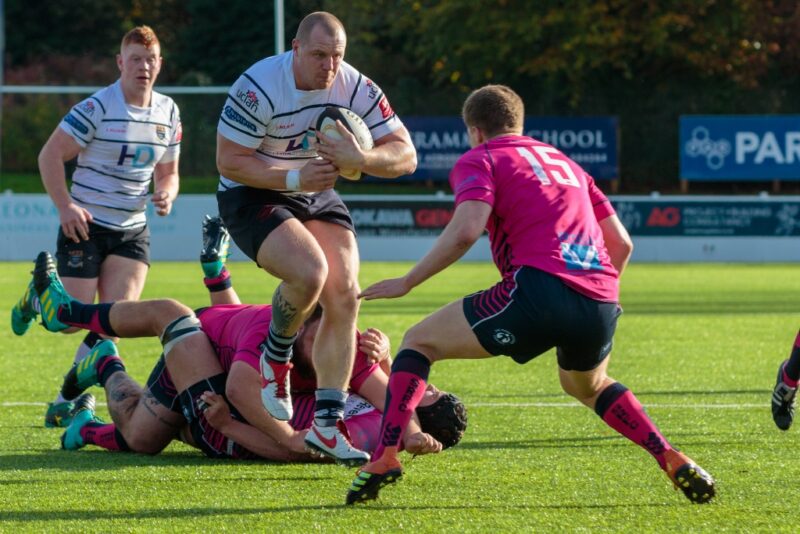 PRESTON Grasshoppers head of rugby operations Gareth Dyer has called for a mandatory £100,000 salary cap to be applied to Levels 3 to 5 in a bid to curb wage inflation.

Dyer said: “We’re not saying get rid of player wages altogether, because we’ll just get shamateurism by the back door. But what we have tried to say is, here is a figure that we think gives us an opportunity to continue to remunerate players for the time they put in.

“It may be clubs have a different view of what that figure should be but I don’t think we should have tiered grades or a situation at Level 3 where the salary cap is at £275k, it just creates a situation where clubs stop being true community assets because they are diverting more and more of their income towards the cap.

“I think £100,000 is a reasonable figure for 26 games for the time that coaches and players put in. And speaking to other clubs at different levels, I think the idea is broadly supported.”

During last season’s truncated National 2 North campaign, Dyer says he’d heard of players earning £300-plus match fees, which makes it very difficult for community-focused clubs like his to compete in the player market.

“Our frustration for a while now is that we are doing all these things to be a community club but we seem to be punished by a league structure that is geared very much only to clubs that do really want to become professional or want to throw the vast majority of their income at paying players,” he said.

“In the 2014 (RFU) review, which we fully participated in, it talked about players moving around and not being as loyal as they once were and going wherever the best financial package was available. Well, I think that has moved on a stage in the five years since because we’ve now got youngsters who themselves are basically becoming commodities.

“We are seeing so few players coming through into our first team from such a big mini and youth (400 players) system, it has rung alarm bells for quite some time. If this carries on unchecked, then what’s the point in us continuing to be a community club?

“Last season was the lowest we ever had, seven or eight in a matchday squad of 20, and at times there were only three or four, whereas before we’d have definitely had 12-14.

“We have an AASE College on our doorstep, at Myerscough, which is affiliated to Sale Sharks. As many as 50 to 60 per cent of the U16s squad that we produce go into that system, which is fine because it gives them an opportunity to go on and study and continue to play rugby. But when the 99.9 per cent of them come out without a professional contract, they end up being on the open market instead of coming back to us.

“They’ve been given a view of the rugby world that says you can now command a significant wage, perhaps, if you tout yourself around.

“I sat down with a 17-year-old and his dad in February, and he played four or five years in our mini and juniors before going to the AASE programme, and he’s telling me that for him to be coming back to play at ‘Hoppers, he’d expect £125 appearance money.”

The £100,000 Level 3-5 salary cap is one of a number of ideas in a 12-page document put forward by ‘Hoppers in response to the RFU’s revised competition playing structure proposal for the 2021/22 season.

‘Hoppers, like many other clubs, appear to have no appetite for a return to a national cup competition, which the RFU appears to be dead set on.

Instead, they would prefer an end of season play-off format based on final league position leading to a ‘national champions’ final at a showpiece ground, coupled with a league cup.

“The top two in each of the four regions (at Level 4) would go through to the national play-offs with the two top in each competing in a national final for the right to be called the best non-professional side in the country,” Dyer said.

“If you had a final say at Franklin’s Gardens, I think it would be a really big day.”