Home / Club Rugby / Judge me by my skill not my ethnicity, says Ashley Johnson

Judge me by my skill not my ethnicity, says Ashley Johnson 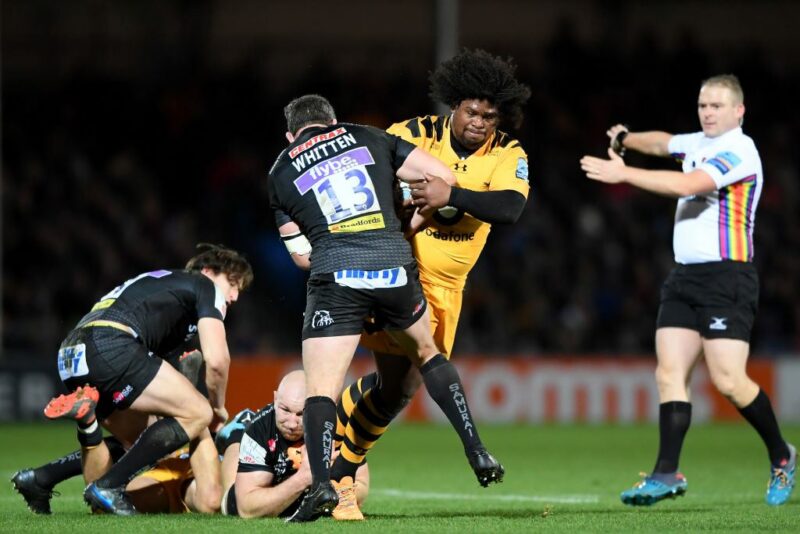 Ashley Johnson wants people to judge him by his coaching and not skin colour after becoming forwards coach at Birmingham Moseley.

Former Wasps back row-cum-hooker Johnson, 34, turned down a chance to extend his top-flight playing career in favour of pursuing his coaching ambitions at Billesley Common, where he will still don the boots but is looking to build on previous coaching experience at Broadstreet and Nuneaton Old Eds.

In doing so, Johnson would love to help address a chronic lack of black coaches in English elite rugby, but he insists that can only be a by-product of genuine success.

Johnson told The Rugby Paper: “If I can become a top-flight coach and inspire other black players, that would be awesome. To be honest, though, I just see myself as a coach and the reason I left South Africa was not to be seen as a black rugby player, but just a rugby player.

“Don’t get me wrong, I’m sure there’s discrimination here and the movement to end it is good, but we shouldn’t forget that sport and rugby is one thing that gets people together as well. Sure, we could do better, but rugby does a hell of a lot of good things.”

A hugely popular figure during eight years at Wasps, Johnson aims to bring the same level of effervescent commitment to Moseley as he did playing prop, back row and hooker during a 14-year top-flight career which included stints for Cheetahs and South Africa.

He explained: “I’ve had a really good career and an amazing eight years at Wasps, but it was a good time to transition towards coaching. I had a chance to go back to South Africa but as a family we wanted to stay in the UK and give my coaching a chance.

“There’s a great base of clubs in the West Midlands, a lot of coaches to learn from and Moseley’s a great club with lots of history and is a really good fit. I’ve coached in Wasps’ academy, at Broadstreet and Nuneaton Old Eds and have achieved my Level 3 coaching, but this is a different level and I’ll look to bring my own ideas and define myself as a coach.

“Having played in different positions, I’ve got a good understanding of how a forward pack works and I’ve worked with great coaches like Dai Young and Rassie Erasmus. The detail those guys brought was incredible and I’ve learned so much along the way.”

Johnson leaves behind an exciting Wasps side he believes is capable of achieving honours, and he is backing flanker Jack Willis for a long-awaited England debut.

He added: “Wasps have got a lot of brilliant up and coming young players and they play an exciting brand of rugby, so I hope they can finish the season well.

“I can definitely see Jack Willis playing over 50 times for England but the big thing for him now is just staying fit and performing well at the right time. If he can just add that bit of George Smith-like x-factor to his link play, that will serve him really well.”