Ashley Johnson pays thanks to supporters as he leaves Wasps 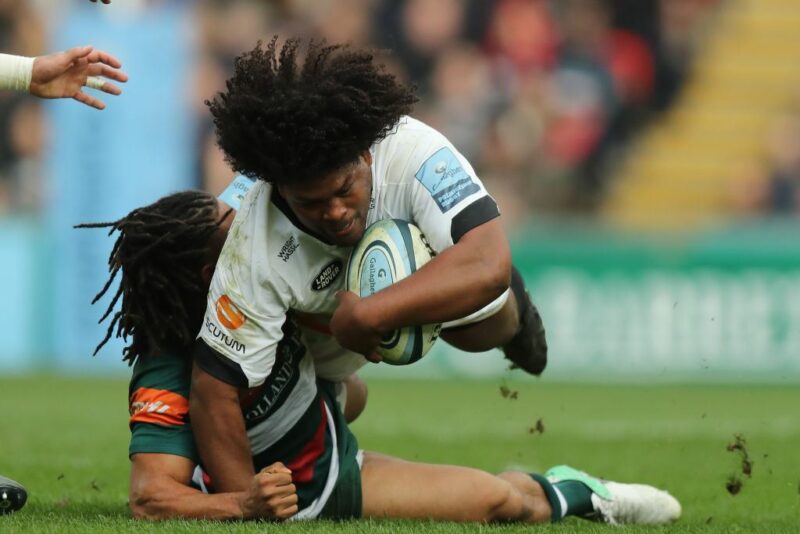 Forward Ashley Johnson has left Wasps after eight years in the Premiership.

The South African said he was leaving the Ricoh as Wasps ‘biggest supporter’, having fell two appearances shy of the 200-mark.

Signed by Dai Young in 2012, Johnson is one of a handful of players who remained at Wasps long after their move from Adams Park to Coventry in 2015.

Restricted for game time this season at both hooker and back row, Johnson’s departure comes as academy duo Alfie Barbeary and Tom Willis come through into the first team.

“I would like to thank everyone at Wasps that was part of my incredible journey during the last eight years,” Johnson said in a Wasps statement.

“To the coaches, players, amazing staff and most of all the supporters, I want to thank you for giving me the opportunity to be part of such a historic club.

“I have played alongside some incredibly talented players in my time at Wasps, and more importantly I’ve made some lifelong friends.

“To Dai Young, who signed me back in 2012, thank you for believing and taking a chance on me – I will be forever grateful.

“It was a privilege and honour to put on the Black and Gold and I will look back on it with fond memories.

“Relocating to Coventry and playing at the Ricoh is certainly one of the highlights of my career at Wasps, and I want to thank Derek for making that possible and securing the future of the club.

“Lastly, I want to wish Joe and the squad all the best for the coming years. I’m so excited to see these youngsters making their mark in the Premiership, I will certainly be your biggest supporter.”

Capped three times by the Springboks, Johnson could return to South Africa like fellow countrymen Frans Steyn (Cheetahs) and EW Viljoen, who has been linked with a move to the Bulls after leaving Leicester Tigers.

For Wasps head coach Lee Blackett, Johnson’s standing as one of the best overseas signings in the club’s history is irrefutable.

Blackett said: “Ashley has to go down as one of the best signings in Wasps history.

“He has become a fan favourite for several reasons, whether it’s his barnstorming carries, massive gain line stopping tackles or for being a very humble character.

“Ash will be massively missed both on and off the field. He has been the ultimate team man in everything he has done, and we wish him, Chrizaan and the boys all the very best for the future.”