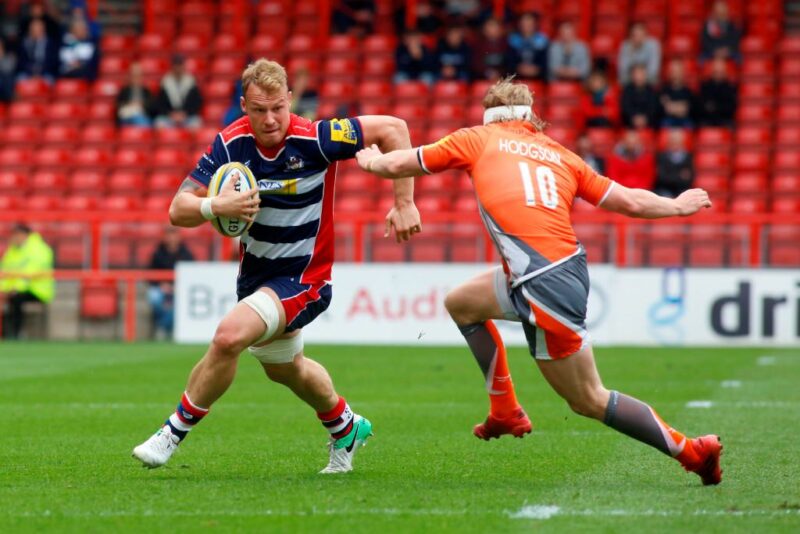 Returning Bristol hero Mitch Eadie admits to being staggered by the pace of change at the club.

Academy product Eadie, a dyed-in-the-wool Bristolian whose father, Jim, starred in goal for Bristol Rovers, battled through desperate years in the Championship at the decrepit Memorial Stadium before moving to Northampton three years ago in order to fulfil his top-flight ambitions.

Now back at his boyhood club, the 28-year-old believes everything is in place to support a tilt for silverware, with fresh signings, a new training ground and a  fully refurbished home at Bristol City’s Ashton Gate providing the launchpad.

Even his dad approves, with Eadie telling The Rugby Paper: “Being a Gashead (Bristol Rovers fan), I was a bit queasy about us moving from the Memorial Stadium to Ashton Gate, but it’s a place that I’ve seen develop massively and it’ll be great to hear that crowd chanting ‘Bristol’ again.

“Even my old man doesn’t mind it and he’s Rovers through and through. As long as I get him a free ticket, he’ll put up with being in Bristol City’s ground, but in all seriousness it’s incredible to see how much things have changed at the Bears – it’s almost like it’s a completely new club.

“We were relegated from the Premiership the year I left after just one season, but what Pat Lam has brought to the table with the team since then has been phenomenal and in just the couple of weeks I’ve been back, you can see how geared the whole place is to breeding success.

“Pat told me what was happening with the new training ground but I didn’t really understand the full effect. It’s the best I’ve ever seen and when I went in the gym the other day and saw Kyle Sinckler, Semi Radrada, Charles Piutau and Nathan Hughes in there, that’s pretty amazing.

“Bristol’s a true centre of excellence now and if we can benefit from all that to get to where we want to be on the pitch, which is winning silverware, that has to be the ambition.”

While Eadie’s delight at being back in Bristol is understandable, he remains grateful to Saints.

The Scotland U20 back rower explained: “It was a big decision to leave Bristol in 2017 but it was a brilliant experience for me to play alongside England internationals like Dylan Hartley, Courtney Lawes, Tom Wood and Teimana Harrison and see how they prepared.

“They were class on the field as well and it’s been a really good learning period for me. I’ve taken a lot from pushing a guy like Teimana and the three years I spent at Saints has made me stronger.

“There’s going to be a lot of competition with Nathan, Dan Thomas, Jake Heenan and Stephen Luatua, but it’s about working hard for each other. If I can push Nathan to get the best out of him and play for England again, that’s got to be the aim.”

With Bristol in contention for Premiership and Champions Cup honours, Eadie adds: “We want  to win those competitions and the additions we’ve made to the squad will only help. I took a lot from playing in the Premiership at Saints and am looking forward to the rest of this season.”