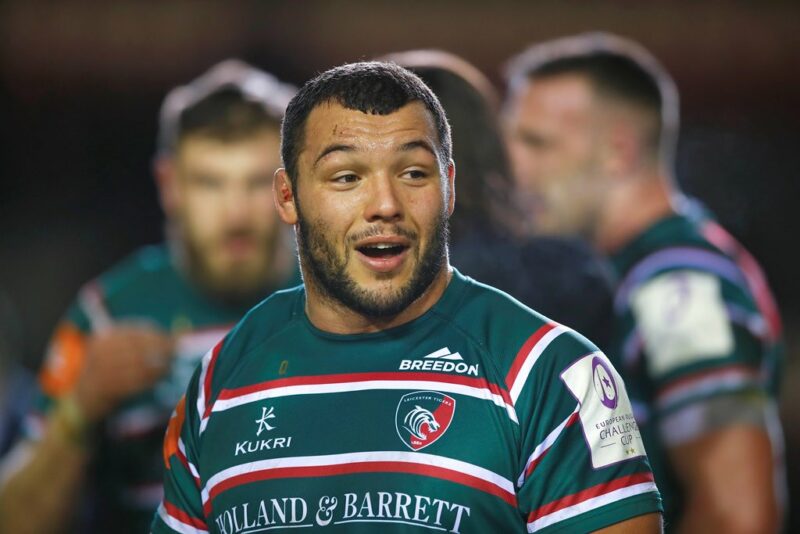 Leicester Tigers have announced a new contract has been signed with hard-running loosehead Ellis Genge.

The England prop is understood to have signed a one-year extension to stay at Welford Road for the 2020-21 season.

Genge is free to continue to vie for a starting role under England head coach Eddie Jones in renewing his contract with the Premiership club.

Capped 18 times by England, the Bristolian follows a growing list of Tigers to commit to the club under the new DoR-head coach tandem of Geordan Murphy and Steve Borthwick.

Speaking about the renewed deal, Tigers director of rugby Murphy is eagerly awaiting what is yet to come from Genge in a Leicester shirt.

“Ellis is a unique individual who we love having at Leicester Tigers,” Murphy said.

“I said in January, when he last re-signed, that what most excites me about Ellis is that he still has so much left to do in the game and so much growth in him as a player.

“You forget he is only 25, given what he has already achieved, and if he continues on the path he is on, with mentors like Boris Stankovich, Brett Deacon and now Steve Borthwick here in Leicester, it’s exciting to think about what we will get to see Ellis do in a Tigers shirt.

“He is passionate about this club, committed to his team-mates and what we are building at Tigers and to have him extend his deal, among more than 15 other players this week, is promising and exciting for everyone in Leicester.”

Genge had been one of the players nearing the cliff edge of last Tuesday’s deadline for Leicester players to renew their contracts, as clubs around the Premiership re-align contracts to fit the new salary cap agreement.

The trio of Genge, George Ford and Manu Tuilagi were among the nine top-earning players at Leicester to have their futures cast into doubt.

But Ford is expected to follow Genge into signing, while Tuilagi’s exit has been confirmed and strong speculation over his next move has ensued.