Home / Club Rugby / ‘There are very few teams that have the expertise that we have’, says Quins prop Simon Kerrod

‘There are very few teams that have the expertise that we have’, says Quins prop Simon Kerrod 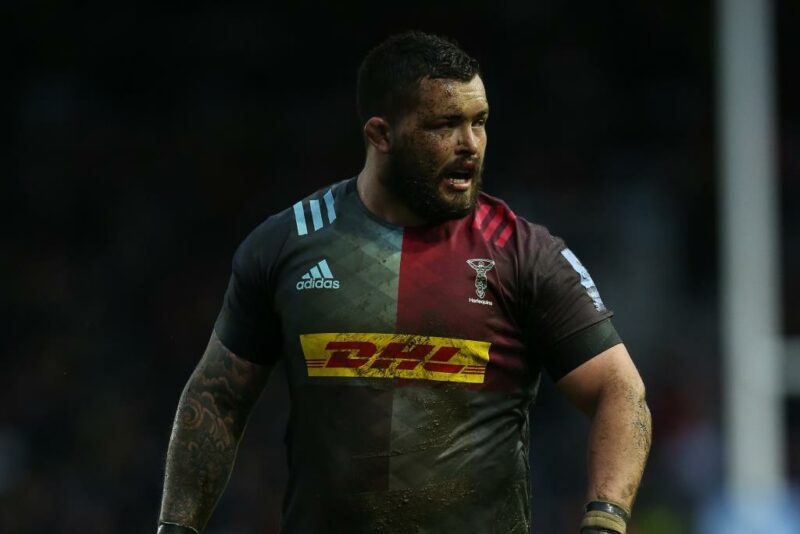 Simon Kerrod finally feels settled on his career path after a year under the tutelage of Harlequins’ coaching set-up.

For the tighthead who was run ragged day and night by Carlos Spencer’s first foray into coaching at the Eastern Province Kings, the chance to work with Wales Test centurion Adam Jones has added polish to his game.

“I have really loved it at Quins. I would have signed sooner if I knew how good the set-up here was. But you know how it goes, sometimes you have to take the scenic route,” Kerrod told The Rugby Paper.

“There are very few teams that have the expertise that we have; Guzzy was with the England team, Bomb (Adam Jones) has been there with Wales and the Lions as a player, and Jerry Flannery has worked with Munster. And it’s not just with the pack, we’ve got Nick Evans doing the backs and attack work and Sean Long working on our skills.”

“I grew up watching Bomb play and learning from him, as one of the greatest tightheads of all time, has given me really good insights. A lot of the time it’s the little things about the tighthead position and how the X and Y can influence the Z, he’s just been really good at the technical detail.”

Arriving at the Stoop from Worcester Warriors last summer, Kerrod’s departure from South Africa to England in 2016 may have brought security from the Kings’ long-running financial perils but left him in direct competition with Nick Schonert and Kyle Sinckler for the starting tighthead job.

“The competition here is probably the highest I’ve had to contend with because Kyle was here and now Wilco Louw is coming in as his replacement,” added Kerrod, 27. “Wilco is an international and Will Collier has played at Test level for England. I have had a good season and I just want to carry on with that.

Raised in South Africa and in the crowd for the second Test between the Springboks and Lions in 2009, Kerrod’s rugby journey has retraced the steps of his grandfather who left England for South Africa two generations ago.

“I had always wanted to move to the UK, my father is English and my grandparents moved to South Africa when he was five. So from that I have wanted to return and would have liked to have done sooner than I have, but things just work themselves out eventually.”

After seeing first-hand how Carlos Spencer was still capable of twisting defenders inside out in Kings training sessions as he neared 40, Kerrod took a leap of faith and swapped the African continent for the island of Jersey.

“At the end of 2015 I left South Africa. The Kings were in a financial crisis and I said to myself ‘look man, lets go overseas’. I didn’t see myself playing anywhere else in South Africa and I knew then was the time to finally see how things would pan out.

“I loved it at Jersey because the team had a forwards-orientated style. One of the sessions when I first arrived opened my eyes because it was sleeting and Bodes (Steve Boden, then forwards coach) was like ‘we are going to scrum for an hour, boys’. We scrummed and scrummed to a point where you could not feel your hands and bind properly and Bodes would  shout ‘hold’.

“I had yet to adapt to the bitter cold we get in Britain at that point.”