Premiership clubs on track for restart as Stage 2 triggered 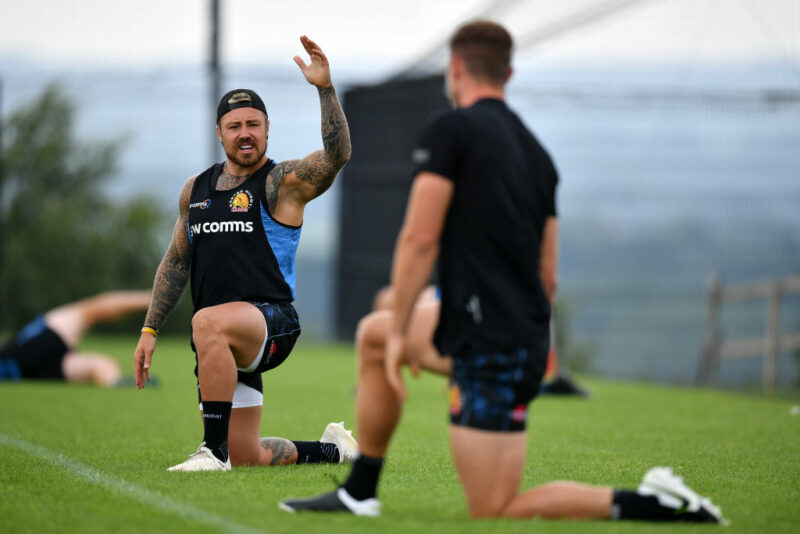 A statement from the Professional Game Board has cleared Premiership clubs to ramp up their training programmes ahead of the August 15 season return target date.

Clubs will shift from Stage 1 to Stage 2 as of Monday and be allowed to undertake close contact training sessions with small groups.

Chris Booy, PGB Chair said: “I can confirm that the Professional Game Board which incorporates representatives of the Rugby Football Union (RFU) Premiership Rugby, Rugby Players Association (RPA) and Championship clubs has given provisional authorisation for Premiership Rugby clubs to move to Stage 2: Elite Sport Return to Training Guidance, from Monday 6 July.

“The Premiership clubs successfully completed Stage 1 of the process so now we can move to Stage 2 ahead of the targeted resumption of Gallagher Premiership Rugby on the weekend of 14-16 August.

“I’m delighted to confirm that Rugby Restart is on track. The teams at Premiership Rugby, RFU and RPA and at our clubs have undertaken a huge amount of work to get us to Stage 2 and I commend them for their dedication and tireless commitment to resuming the League campaign when it is safe to do so.”

At the start of June clubs were allowed to hold conditioning sessions to get squads back into physical shape under Stage 1 guidance.

As was the case with Stage 1, the next phase also entails Premiership clubs requiring their squads to undertake education modules, be tested by COVID-19, daily screening of symptoms, deploy a contact tracing protocol, and use of PPE.

No information was given as to the format the 2019-20 Premiership schedule will resume under, with the PRO14 fast-tracking the season towards the knockout stages by cutting six rounds of fixtures.

Nine rounds remain left to be played in the Premiership prior to the semi-finals, and speculation that fixtures could be held midweek to bring the season to a close has been rife.

Premiership Rugby chief executive Darren Childs had the following to say on the PGB’s Stage 2 announcement.

“This is a significant milestone in our journey to restarting Gallagher Premiership Rugby, as we stay on track to resume the League on Friday 14 August, if it remains safe to do so,” Childs said.

“This stage brings with it a comprehensive COVID-19 testing programme for players and staff and a contact tracing protocol. As part of our commitment to player welfare, all players will be asked whether they would like to opt-in to Stage 2 training, after completing an education module.

“Rugby has unique challenges due to levels of proximity and impact, which is why the exhaustive process that is being followed is so thorough and has involved high-level collaboration between Premiership Rugby, RFU and RPA.”