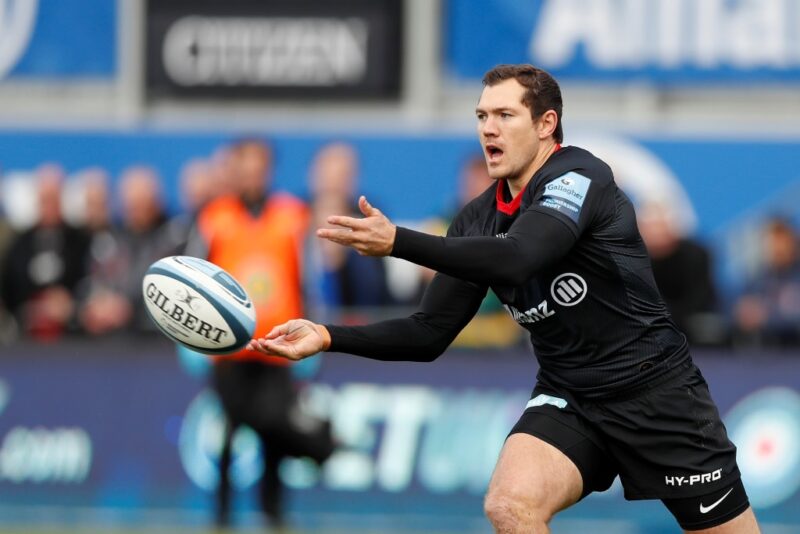 WILL HOOLEY sees himself serving Saracens in a similar role to Alex Goode after completing a dream move to the five-time Premiership champions from Bedford.

The former Exeter and Northampton player predominantly played at fly-half for the Blues, but all bar one of his 12 Tests starts for the USA – including the World Cup game against England last September – have come at full-back.

Sarries legend Goode, who will spend a season on loan to Japanese side NEC Green Rockets, has made a career out of roving between the positions as a second playmaker, and Hooley is keen to grab whatever jersey he can.

“I am very open to getting out on that pitch wherever that may be,” he told The Rugby Paper. “I’m predominantly a 10 but at the same time believe I can offer something different at full-back.

“I’m not going to be like a Jason Robinson and stepping my way through the back field but, hopefully as a 10, you can naturally offer some control and have some good basic skills and be that other playmaker – someone like Alex Goode has done so brilliantly for Saracens.

“I am going at it as a blank canvas, and I’m just going to work as hard as I can and try and take any opportunity that comes my way.”

Just two weeks into his Saracens career, Hooley has been given daily reminders about the quality of the Saracens organisation on and off the pitch.

“I thoroughly enjoyed myself in Bedford but, ultimately on a day-to-day basis, I wanted to get back among the elite, and there aren’t many better clubs than Saracens,” he said.

“I just want to get my game to the best it can be. To have the challenge of going up against the likes of Owen Farrell and Manu Vunipola, who is a great young talent and has done very well, that’s what I want.

“There’s a great culture here, it is a great environment, and I am noticing that in the first couple of weeks I’ve been training. I am hoping I can learn so much and get better as a player.

“I’ve also got a huge interest in off-the-field stuff and Saracens, in my view, are probably the best club away from rugby as well in that respect.

“It was a very straightforward decision.”