Charlie Walker explains why he chose Ealing over Premiership offers 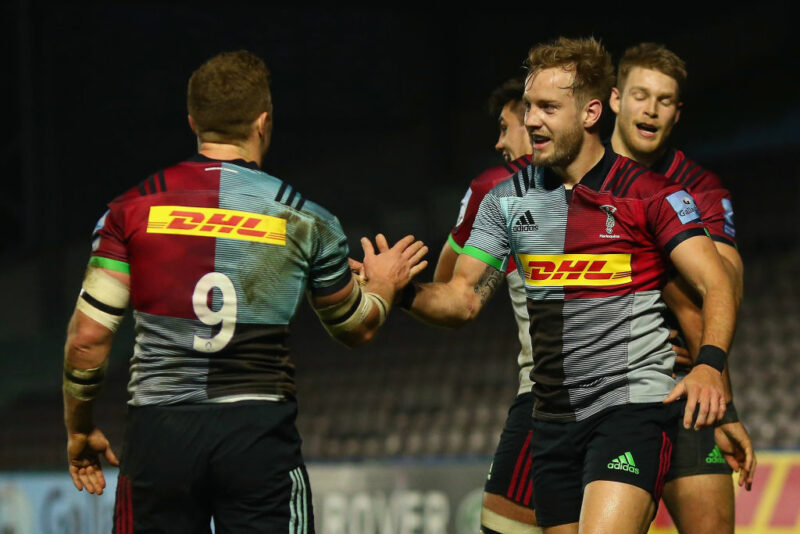 DETERMINED former Harlequins wing Charlie Walker is clocking up the bike miles in a bid to return to full fitness and fire Ealing into the Premiership.

Walker reveals he turned down offers from two top-flight clubs to board the Trailfinders’ bandwagon, after electing not to pursue a second year at Zebre.

Although still recovering from the patella injury he sustained in scoring a try against Stade Francais in January, the livewire 27-year-old insists he still has a Premiership future and believes he can fulfil those ambitions at Vallis Way.

Walker told The Rugby Paper: “I had another year at Zebre if I wanted it, but I’d been speaking to a couple of Premiership sides when Ealing head coach Alex Codling, who I’d been with at Quins and got on well with, asked me if I’d consider going there.

“Once I’d seen the facilities, met their DoR Ben Ward and saw the ambitions of the club, that impressed me. They also made me feel really welcome and made a big effort, so that was the main reason for signing, as well as the security.”

Despite the presence of Saracens in next season’s Championship, Ealing have not held back on their spending spree with no fewer than 13 players having now been signed from top-flight sides, including ex-Leicester back row Guy Thompson.

Walker added: “The recruitment has been really impressive and the squad depth is exciting. It’s going to be a weird season in the Championship with Saracens in it and other sides struggling after COVID-19, but Ealing are continuing to build, both at first team and academy level, and their ambition to get into the Premiership is a clear marker.”

As a proven try-scorer, Walker is working to ensure he hits pre-season in the best possible shape as his recovery from injury continues.

He explained: “I split my patella in a Challenge Cup game in January. It’s been pretty hard because with the lockdown I’ve been unable to get physio every day.

“I came home to visit my family in Leicester in February but then couldn’t go back because of the virus. A guy I knew when I was at Tigers has been giving me exercises, but without a gym or special rehab stuff it’s been difficult.

“I’m trying to get as much road cycling done as I can, though, and I’ve been doing up to 50kms-a-day to get my knee as good as it can be for running. It’s taken longer than it should have done but Ealing are confident they’ll get me up to speed.”

Walker reveals how a move back to boyhood club Leicester fell through in 2018, adding: “I hadn’t been enjoying my last year at Quins and Leicester was on the table. I went up at Christmas with some kit thinking I might not be going back.

“But then everything changed and Leicester signed Tom Varndell and Leonardo Sarto instead. It was annoying but I was lucky when Conor O’Shea spoke to Zebre’s coach Michael Bradley and I was able to take on a new challenge over in Italy.

“David Sisi and Jamie Elliott were there and I made lots of good friends. I really enjoyed it and the injury was so disappointing because we’d just started to get on a roll, but I’m looking forward to getting stuck in at Ealing now.”