Posted on 28th May 2020 by Adam Ellis in Club Rugby, Latest News, Premiership 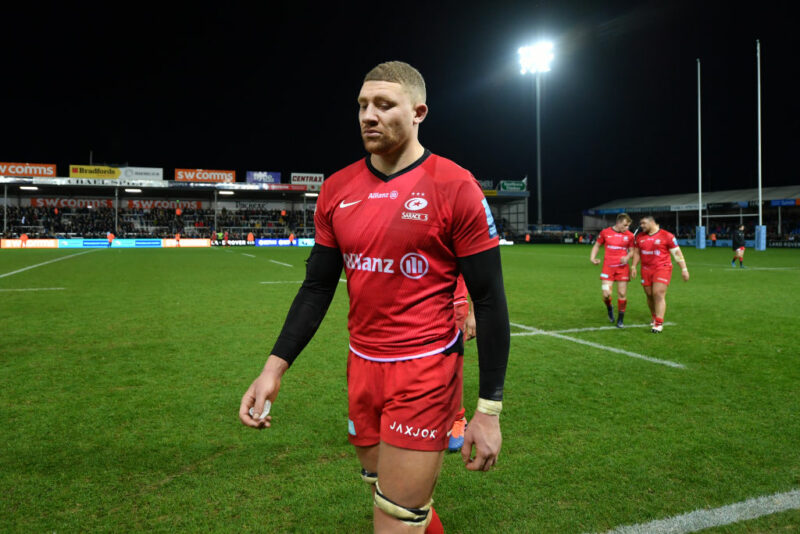 England lock Nick Isiekwe will be playing for Northampton Saints in the Premiership next season, while extending his contract at Saracens

As first reported by The Rugby Paper on January 26, Isiekwe will be playing at Franklin’s Gardens on loan and join a pack comprising fellow England caps Lewis Ludlam and Courtney Lawes.

Isiekwe, 22, has pledged his ‘long-term’ future to Saracens by signing an extension but will not be playing in the Championship when the reigning Premiership champions are relegated.

“We’re very excited to bring in Nick for a year at Franklin’s Gardens,” said Northampton Saints director of rugby Chris Boyd. “We had a unique opportunity to welcome one of the rising stars of English rugby to our group.

“Nick will add competition across both the engine room and the back row, complimenting the quality group of players we already have in those areas and adding balance.

“He is still a young player but will bring significant Premiership, European and Test experience, as well as some real power, to our pack.

“Having spoken to Nick on numerous occasions now, I know that he’ll be 100% committed to the Club and completely immerse himself on our culture. I’m sure he’ll savour his time here, enjoy his rugby and be welcomed by Northampton’s supporters.”

Isiekwe, capped three times by England, will be playing away from Allianz Park next season just like Max Malins and Ben Earl, both bound for Bristol, and Jack Singleton, who has agreed a loan deal with Gloucester.

“I’m over the moon to commit my future long-term,” said Isiekwe. “I’ve been here for my whole adult life so far and since I was 13 in the Academy.

“I’ll always look back at the development that I’ve had as a player and as a person and just be thankful. It’s been a special place not only in my life but in my family’s life.

“It’s been special for me growing up and what they say isn’t wrong, it is a family. To be around people that you care so much for and respect so much, it’s just been a great thing to be a part of and I’m looking forward to the future.”