Ampthill fired up for second ride in the Championship

Posted on 11th May 2020 by admin in Club Rugby, Latest News, The Greene King IPA Championship 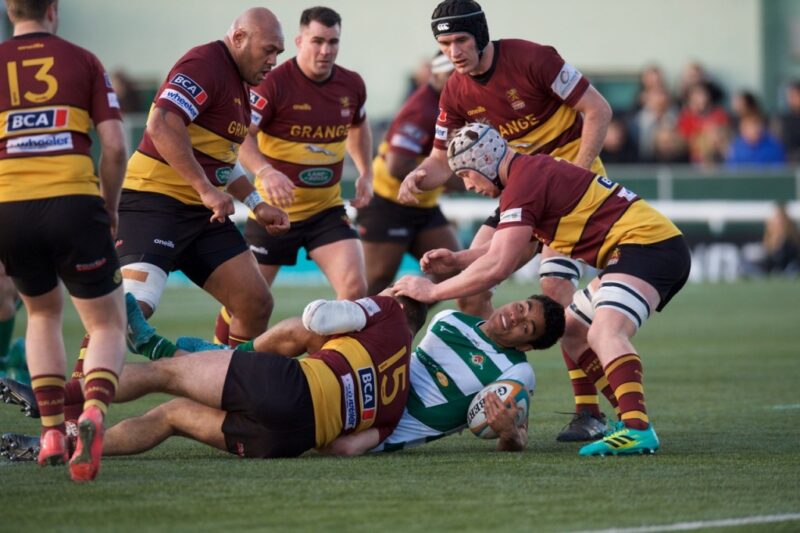 Ampthill chairman Alex Radley described the club’s first Championship season as a rollercoaster after their stunning start to life in the second tier.

The Bedfordshire side won National One on the last day of the 2018/19 season and while many predicted they might struggle, they finished fifth with 58.34 predicted points after winning eight games.

Radley told TRP: “I would describe it as a rollercoaster – you say this is going to be tricky and there are sharp turns but at the end you think that was really good and I’d like to do it again!”

“Botha has been a good addition,” Radley said. “The level Mouritz has played at has allowed him to encourage younger players.

“We had a really core strength of our players who had represented us at National One and they’ve upped their game to Championship level, performing better than anticipated.

“The senior players we signed fitted in really well. It’s difficult to bring in those players as it could ruin the whole atmosphere but guys like Dave Ward really added to what we have.”

Ampthill and the other 11 Championship clubs are set to be hit by the RFU’s funding cuts which will see each club lose £220,000 per season in two years’ time.

Radley added: “The circumstances (RFU chief executive) Bill Sweeney inherited with the Premiership and the money being paid, I think, are probably unsustainable in the future.

“There are difficulties I recognise that Mr Sweeney has been left to deal with but it doesn’t help us as our losses we have to manage are deep. We’ll have to just deal with it.”

Ampthill have seen incredible growth, with four promotions in 11 years and boasting more than 1,200 playing members. Despite the funding cuts, Radley believes there are further heights to be reached.

“In five years’ time, I would like to see us as a secure Championship club looking to see how far up we can get,” Radley added.

“Most importantly, we want to give our young players an opportunity to come through the ranks to senior level and say they’ve grown through Ampthill.”

Part of this plan includes a move to a new ground at Fordfield Road, which boasts seven grounds and ten changing rooms.

One thing it does not have, though, is Ampthill’s famous walk from the changing rooms to the ground through the woods.

But the chairman is confident they can maintain their club ethos despite new surroundings.

Radley said: “If we try to keep the same atmosphere and take our philosophy to the new ground, we hope to keep our atmosphere as a proper rugby club.

“It’s nice to have the walk through the woods – and it’s becoming folklore now. At different clubs I go to, I get told differently how far it is! On one trip to Rotherham, they told me it was a half-hour walk! It gets longer and longer wherever we go!”