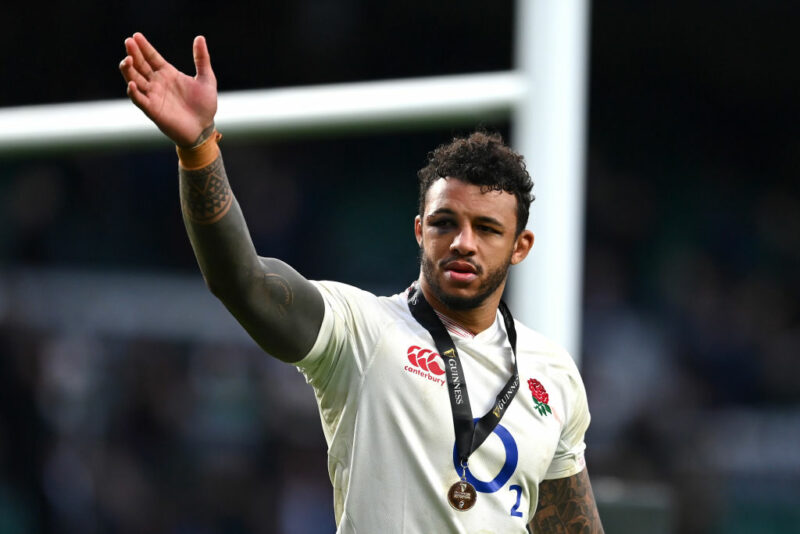 England enforcer Courtney Lawes has not ruled out an overseas swansong before bringing down the curtain on his stellar career.

Lawes, 31, made his 85th Red Rose appearance against Wales in March, achieving the notable distinction of becoming England’s most-capped lock ahead of Martin Johnson and equalling Lawrence Dallaglio’s mark as a back-five player.

However, his hopes of extending an illustrious Test career and having a crack at a fourth World Cup for England in 2023 will hinge as much on market forces as his ability to keep the body intact.

Northampton legend Lawes told The Rugby Paper: “I like being a one-club man at Saints, but who knows what the future will hold?

“Rugby’s a business at the end of the day. I’ve got a family to look after post-rugby so I’ve got to make sure that I’m getting what I’m worth.

“I’m certainly willing to go abroad at some stage. Whether I will or not is another question and I’ve got another year on my contract anyway, so I’m not going to worry about that now. I just want to get back to playing some rugby.”

Lawes has unfinished business with England and is delighted to have drawn level with Dallaglio’s impressive haul of caps.

“It’s a pretty cool record to have,” Lawes said. “Somebody told me a while ago that I’d equalled it and that’s pretty exciting, so hopefully we can get rugby back on again at some stage in the near future and I can take that title from him.

“When I made my England debut in 2009, I never really thought about caps and records. I just wanted to play rugby, my only ambition was to get out there.

“I don’t know about another World Cup because that’s dependent on selection and what happens next year contract-wise, but I do feel pretty good physically and if I can keep on improving as a player, I’ll keep going for as long as I can.”

Renowned for his athleticism and hard-tackling, in recent times Lawes has become more of a ball-carrier – something for which he credits England boss Eddie Jones.

Lawes explained: “I carried quite a lot early in my career but after a few injuries down the line I went away from that a bit. But over the last four or five years I’ve decided to make it a big part of my game.

“Pretty much from the moment Eddie came in, he said that we needed to hit people to hurt and carry the ball harder, so from there on in I knew I needed to focus on bringing that back into my game and I’ve been pretty successful at it.”

Lawes adds: “I’m a big fan of Eddie and think he’s a brilliant coach. It’s been great to be involved with him for as long as I have. The biggest thing he brings is his high level of detail.

“He’s a really dedicated rugby man who loves the game – he’s always watching it and puts everything into being a coach, which in turn prepares us to be the best we can possibly be.”

England’s failure to win the World Cup still rankles with Lawes, but he says: “It was South Africa’s day in that final and they were the better team, but we’re still proud of what we did in Japan and we’ve still got a good shot at winning the Six Nations.

“We didn’t have a great start to the Six Nations in France but coming back off the World Cup there was a bit of rustiness. The main thing is we got back on the horse and put in some good performances, and we’d certainly built some momentum before the shutdown.”

Family man Lawes has plenty to contend with as he battles to maintain fitness.

“I had to give up on conditioning pretty early on because I just didn’t have the time, with home-schooling two older children and young twins to look after as well,” he explained.

“I’ve just been trying to keep up my weights and size because the running stuff will come back pretty quickly.”

With a Lions tour on the horizon next year, Lawes added: “I was really glad to get on the last Lions tour in New Zealand and hopefully I can peak at the right time to earn another invite.

“I’ve really enjoyed playing under Chris Boyd at Saints and I still love my rugby. Training’s hard as you get older but Saints and England know how to look after me and know what I need to go out and perform well on a weekend.”