National One in conflict over salary cap reduction 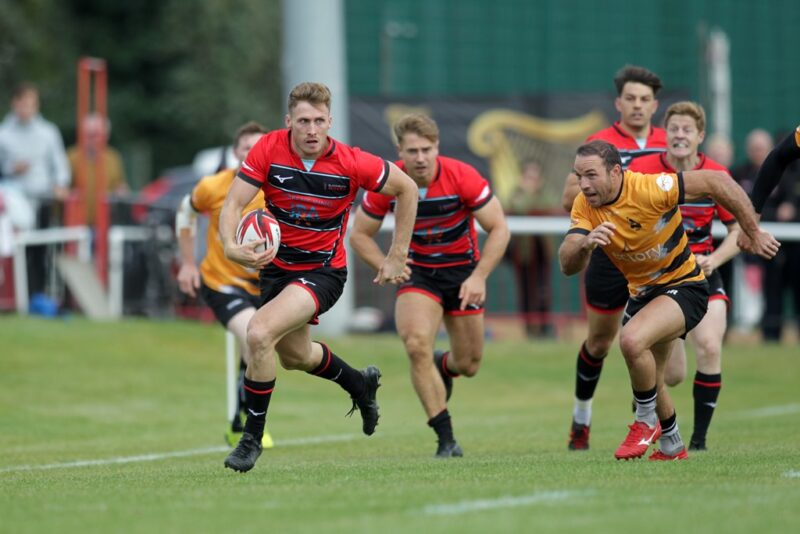 Battle lines are being drawn among National League One clubs after Chinnor chairman Simon Vickers demanded a swingeing 40 per cent reduction in the league’s salary cap.

Vickers claims a “majority” of clubs are in favour of slashing the annual player wage limit from £250,000 to £150,000 in order to mitigate the risk of clubs going out of business in the wake of the pandemic that has reduced income levels to virtually zero.

Not everyone agrees, with Blackheath among those who believe the cap must remain at its current level. They argue that clubs should live within their means rather than forcing others to “adhere to a cap which panders to the lowest denominator.”

Explaining why a reduced cap is necessary, Vickers told The Rugby Paper: “Most businesses are affected by this crisis and all rugby clubs will be damaged to some extent, so if we don’t take this huge opportunity to reset ourselves now, we’ll never do it.

“Having spoken to chairmen in National One, the majority are in favour of a financial reset. The reality is we don’t know what shape our sponsors will be in so we should be looking at reducing the salary cap to £150,000 – and it must be mandatory, not optional.

“We know some sides will say ‘no’ and that’s their prerogative, but if the majority think it’s a sensible idea, it must be given some serious weight. There needs to be a proactive approach and while some say it can’t be done this summer, I say, ‘Why not?’.”

Vickers will face strong opposition. Speaking on behalf of Blackheath’s executive committee, past president Des Diamond said: “We are dismayed at the proposals being put forward to change agreements already made on the salary cap for season 2020/21.

“Trying to reduce it to suit ‘financial casualties’ who have lost their main income stream is not acceptable. We’re all aware that we need to control our wage bill so it was on this basis that the cap was agreed as £250k plus £50,000 for coaches and medical.

“Some clubs may not be able to use the full cap, so be it, and it is incumbent on them to not over-stretch themselves. It is surely misguided to entertain the suggestions of some who think we should all adhere to a cap which panders to the lowest denominator.”

Diamond says clubs dissatisfied with the current cap can drop out. He added: “The cap and league numbers have been set and we propose to stick to what has been agreed. Playing in National One is an honour, but it is expensive and clubs should only play in a league commensurate with their ability to secure the requisite income.

“Canterbury and Hull in being relegated accept they cannot afford to play at Level 3 and will perhaps enjoy the solace offered by a league below. If we at Blackheath fail to raise appropriate income to muster a competitive squad, we too may face relegation.

“Like others, we fight for every last penny we can raise and this dictates how close we can get to the salary cap and in turn how we fare on the playing side – simple.”

Vickers is unrepentant, though. He added: “The Championship is having its money cut and who knows what will happen with the Premiership, so why wouldn’t you want to be prudent at the current time, whether it’s a temporary measure or on a permanent basis?

“It would take the strain off clubs and provide more of a level playing field, and we would need to extend it to National Two and reduce their cap by 40 per cent as well.”