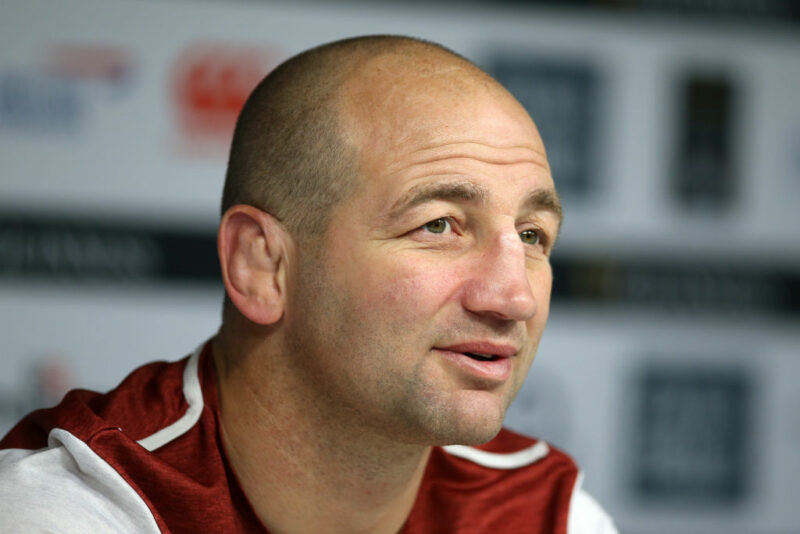 Steve Borthwick will start his role of head coach at Leicester Tigers on July 1, the Premiership club have confirmed.

The arrival of the England forwards coach will herald the start of a revamped coaching structure at Welford Road, which will see Geordan Murphy move into a newly-created director of rugby position.

Tigers had already announced in January that Borthwick would be joining the club ahead of the 2020-21 season.

But irregardless of when the suspension on the current Premiership campaign will be lifted, the former lock will join the club on July 1.

“We realise that we have a lot of work to do, and I know that everybody at the club is determined to work tirelessly to succeed in this challenge.

“We also know that every single one of our fantastic supporters will be doing all they can to help drive this team forward.”

Murphy, who initially stepped in to the role of head coach in September 2018, added: “Steve has coached at the highest level of the game for almost a decade and brings with him a wealth of experience to Leicester Tigers.”

“We are excited about this next step on the club’s journey, with Steve playing a major role in that, and we are committed to the hard work we know is necessary to see Tigers achieving the results we expect of ourselves in Leicester.

“There is no quick-fix and each and every member of our club, from players to coaches and staff to supporters, will need to play their part in seeing us right the wrongs of recent seasons.”