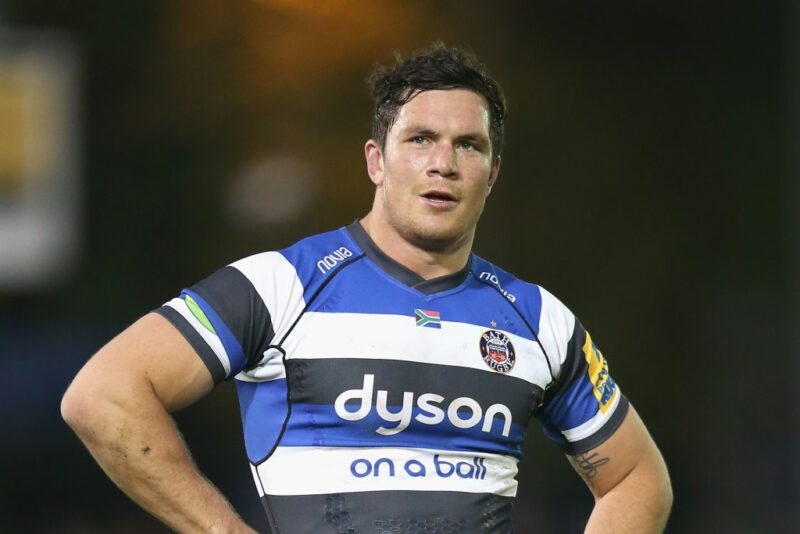 NARROWING down an all-time select South African-born Premiership XV is no easy task given the talent that has played in English rugby’s top-tier, and no doubt there have been some omissions people will rightly object to.

World Cup-winning half-backs, Faf de Klerk and Joel Stransky, for instance, do not even make our final selection.

Many great players have missed out and Thinus Delport can count himself unlucky too; however few people would argue against Nick Abendanon, who went on to play for England, getting the No.15 jersey.

He is flanked in the back-three by Andre Snyman, who made a massive impact at Leeds, and the dancing feet of Willie Le Roux while Brad Barritt and Brendan Venter is a midfield partnership to rival any in terms of defence and leadership.

Braam van Straaten is worthy of inclusion for his goal-kicking alone but a place has to be found at fly-half for the mercurial Mike Catt. Neil de Koch has been chosen inside him instead of De Klerk.

The front row of Faan Rautenbach, Schalk Brits and Cobus Visagie is a nice blend of hard-nosed nous, scrummaging and, in Brits’ case, skill and adventure, while Lood de Jager gets in purely on reputation to join lineout king Marco Wentzel in the second row.

As for the back row of Hendre Fourie, Francois Louw and Jono Ross… what a nightmare for the opposition at the breakdown!