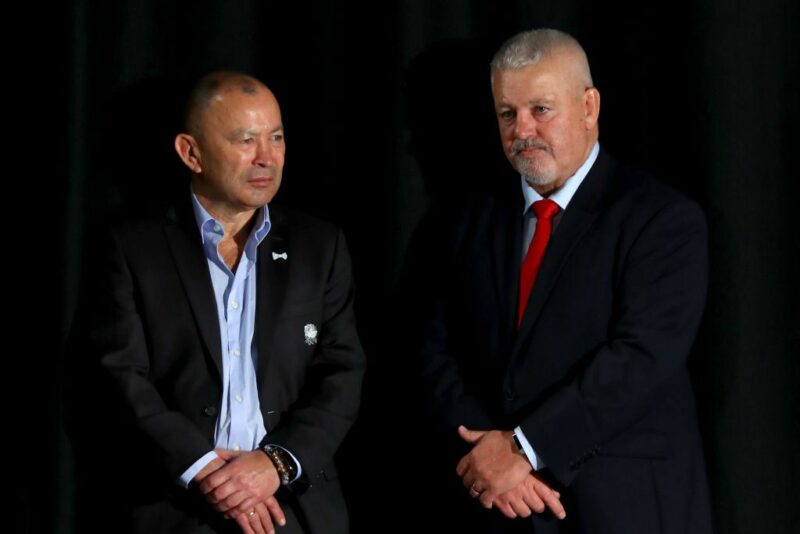 Warren Gatland has looked back on his time as Wales coach and revealed that wins over Eddie Jones and England felt extra special.

The two head coaches engaged in a war of words throughout Gatland’s time in Wales before showdowns in Cardiff or at Twickenham.

But that didn’t mean the two ever had ill feeling towards each other. In fact, it was quite the opposite.

“I loved beating Eddie Jones,” said Gatland, set to coach the British & Irish Lions for a third tour next year.

“We’ve been out for dinner a few times and the whole media thing is just a game.

“You’ll get asked a question and you might give a response to it. And they’ll use your answer which he’ll respond to.

“Before the Six Nations, we’ll go out to dinner and just have a laugh to what happens in the media.

“It’s just part of it. Before the Six Nations launch, I’ll say ‘go in there Eddie and throw in a few grenades’ and he’ll say the same to me as well.

“But it’s always nice to get one up on him.”

Gatland left Wales after 12 years in charge to head back to his native New Zealand following the World Cup, signing a four-year contract with the Chiefs in Super Rugby.

Granted a sabbatical by the Hamilton-based franchise in order to lead the Lions on their tour of South Africa in the summer of 2021, Gatland spoke of his admiration for Rassie Erasmus.

The World Cup-winning coach has reverted back to his original position of director of rugby at SA Rugby, and led the process which saw Jacques Nienaber appointed the new head coach of the Springboks.

“Probably one of the guys I respect is Rassie Erasmus with South Africa,” Gatland added, talking to The Breakdown.

“I really like his philosophy with the game and his attitude, he’s got a huge amount of respect for the job he did at Munster and obviously he’s done a fantastic job since he went back to South Africa.

“I enjoy conversations and enjoy coaching against him as well.”