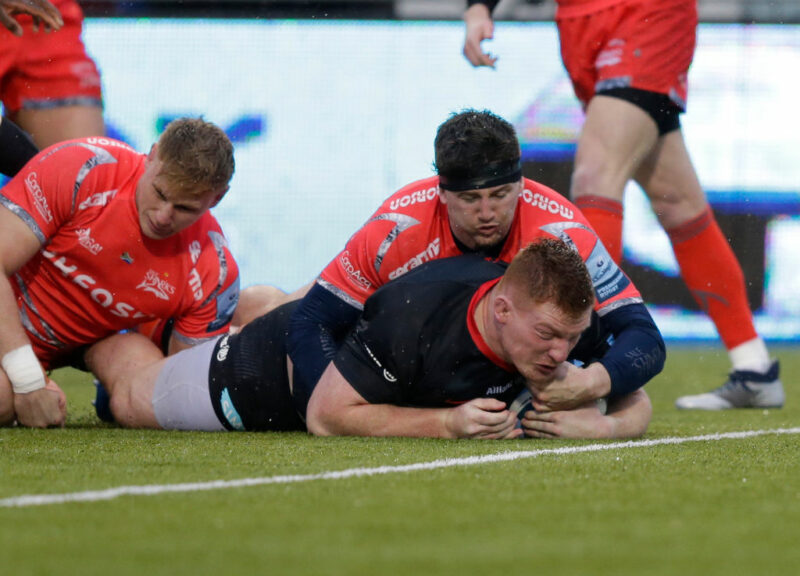 RHYS CARRE is set to become the next player to leave Premiership champions Saracens this summer and is ready to return home to Wales.

The loosehead only moved to London at the start of the season from Cardiff Blues and is returning to his former club from next season.

Wales international Carre, 22, who helped his country finish fourth at the World Cup last year, has agreed a two- year deal with the Blues.

Another player who could likely leave Saracens is Argentina prop Juan Figallo who is struggling to overcome a head injury.

Figallo, who has played for Saracens since 2014, was injured playing for Argentina against England at the World Cup and could now be forced to retire.

“It’s been five months, and every time I run or try to run, everything comes back. I am deciding with the doctors what is the best option,” he said.

Meanwhile, someone who is heading back to north London next season is former Yorkshire Carnegie centre Tom Casson who had a two years stint at Sarries at the start of his career.

Casson, 29, who spent five years with Quins, has been acting as a player-coach at Otley since leaving Carnegie.