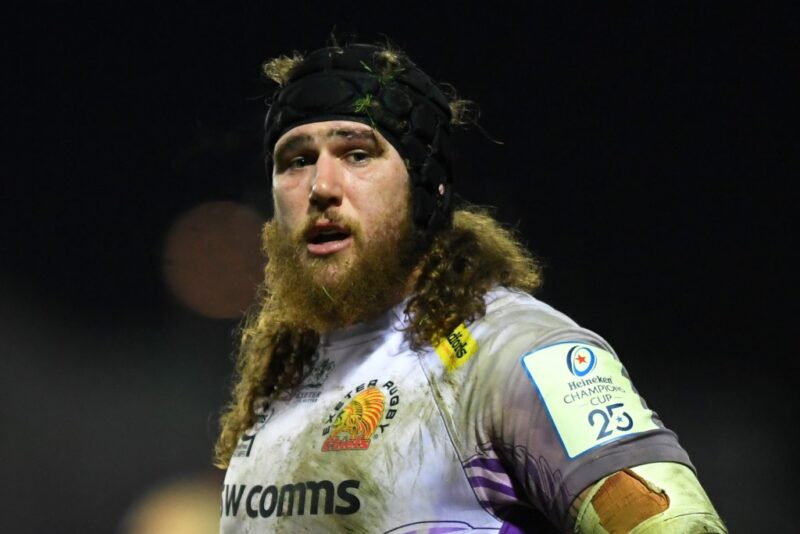 Exeter Chiefs have announced England prop Harry Williams has extended his stay at the club, as revealed in Sunday’s TRP.

Director of rugby Rob Baxter noted the deal as being ‘long-term’ as the 28-year-old puts an end to uncertainty over his future.

Williams is two games away from reaching 100 appearances for Exeter, having arrived from Championship side Jersey Reds in 2015.

Baxter told TRP: “I see Harry as part of a successful future for him and the club. He’s certainly not peaked and that’s important for us because he’s got huge international ambitions.

“He’s been very unlucky during the Six Nations and in not being a part of England’s World Cup campaign, but he’s come back here desperate to play and has been exceptional for us. He’s used his disappointment very positively.”

Williams had other suitors, but Baxter explained: “Money is a factor but what your international players need is for when a team says they want to win the Heineken Cup and the Premiership, they’re doing things to make that possible.

“We believe we’re doing that and Harry’s bought into what being a tighthead prop in an Exeter pack of forwards is about and what we want as a team.

“We want to work hard, we don’t want props who just sit down at every scrum or take a knee at every lineout taking a breather. He’s fully bought into that and it helps our team thrive.

Baxter added: “Harry won’t mind me saying he’s one of the ‘odd bunch’, one of the guys who likes being themselves. He’s covered in tattoos, has long hair and dresses a bit different, but we enjoy having him around.”

Williams has won 18 caps for England but remains behind Bristol-bound Kyle Sinckler in the tighthead pecking order.

Certain there is more to come in his international career, Williams believes Exeter will continue to be to team which can help him win favour with England head coach Eddie Jones.

“Since I came to the club it’s been awesome and I’ve loved pretty much every minute of it,” Williams said.

“I knew when I left Jersey that I was moving to an ambitious club who would bring the best out of me and challenge me in a testing environment. That’s been the case from day one, but I still feel there is more to come from me.

“As a professional, you always feel you can kick on and get more out of yourselves. Here at Exeter, everything is laid out for us and the club give us a great foundation from which to build.”