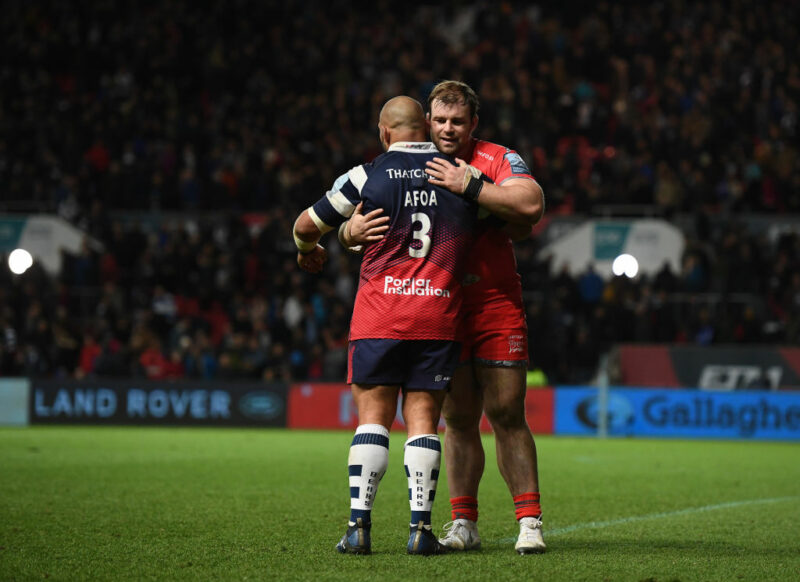 Wales head coach Wayne Pivac is going in search of avoiding a fourth successive loss in the Six Nations by naming WillGriff John and Rhys Webb to start against Scotland.

Prop John and scrum-half Webb are two of three changes made by Pivac, as Cory Hill replaces the injured Jake Ball to partner Alun Wyn Jones in the second row.

Captain Jones will equal All Blacks great Richie McCaw for the record number of Test appearances when he runs out on his 148th cap, nine of which came playing for the British & Irish Lions.

He will slot behind Sale Sharks prop John in the Welsh tight five. This change comes after tighthead Dillon Lewis was ruled out through injury, as also applies to Jake Ball to the benefit of Hill.

For scrum-half Webb, it is his first start for Wales in two-and-a-half years following a stint in the Top 14 with Toulon.

“Saturday is a great opportunity for us to wrap up the campaign with a big performance at home in Cardiff,” said Pivac.

“We want to finish with the performance we know we can deliver and we have been working hard to get there.

“Alun Wyn is one of the most iconic figures in the game, he is our leader and I’m delighted for him as he continues to set the bar across the game.”

Changes for Scotland all concern the pack following their 28-17 win over 14-man France last weekend.

Hooker Stuart McInally, No.8 Magnus Bradbury and lock Sam Skinner all come into Gregor Townsend’s starting line-up for the final round of the Six Nations.

In an unchanged backline, captain Stuart Hogg is set to move into joint-seventh on Scotland’s all-time appearances list, moving ahead of former teammates Greig Laidlaw and John Barclay when he earns his 77th cap in Cardiff.

Looking ahead to the match, Scotland head coach Gregor Townsend said: “We set out this season to improve our consistency over a run of five tough games, something we have done well so far.

“We’ve stayed in the fight in every game, which is a credit to how hard the players have worked in training and during the Tests.

“It’s also been encouraging to see how well the players have grown together and have taken on board the input from new coaches, Steve (Tandy) and Pieter (de Villiers), who have done a great job in their first season with the team.”