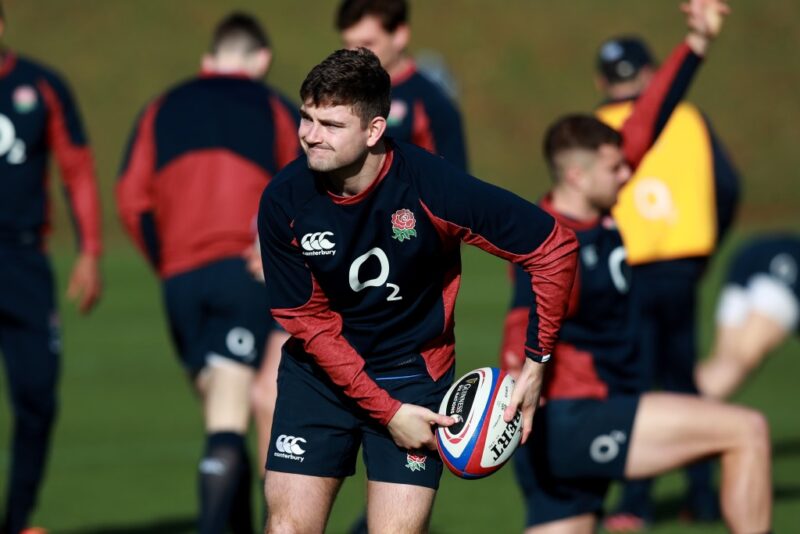 Exeter Chiefs scrum- half Jack Maunder believes he is laying the foundations for another crack at Test rugby after admitting his first England call-up may have been premature.

Capped as a 19-year-old on England’s tour of Argentina in 2017, Maunder disappeared from view the following season, with a combination of niggling injuries, university studies and the need to work on his kicking game and physique limiting his opportunities at Chiefs.

Gradually Maunder fought back to re-establish himself as a matchday regular for Exeter last season and now aims to fight off stiff competition to succeed Nic White as his club’s first choice when the Aussie moves on this summer.

With a new contract set to be announced this week, Maunder told The Rugby Paper: “Maybe it (England) came to early, but it was a great experience and I’m not going to say I wish it hadn’t happened – it’s every boy’s dream to play for England.

“Physically and skills-wise, I maybe wasn’t ready for the season-long grind that is the Premiership and there were a few niggles that came from that, but I absolutely loved that tour of Argentina. It gave me that experience and it’s something to strive for again day-in, day-out.”

With 41 Premiership appearances and considerable European exposure under his belt, Maunder is currently at the heart of Exeter’s ongoing bid for silverware after reinventing his game to ensure he could reach the highest level.

Maunder explained: “I had a conversation towards the end of last season with (head coach) Ali Hepher and (DoR) Rob Baxter and they told me the two areas they wanted me to work on were box-kicking and strength.

“I’d been at university and hadn’t been able to put 100 per cent of my energy in the right direction, but I went away and did a lot of work in the off season.

“Ricky Pellow, our skills coach, had a big part to play in that and we stripped my game right back to basics, working on my strikes and getting my footwork right. From there it’s been about having that confidence in the process to get the ball where you want it to go.

“As a group of nines, the training we’re doing in the morning and after our main sessions, along with the skill work, is paying off. We’re all improving, but personally there’s still a long way to go and there are other kicks I probably need to improve on now.

“It’s an ongoing process, you can’t just jump straight to the finished article, but having Nic White to learn from has been brilliant. Strengths of his game have been big work-ons for me, so I’ve picked his brains and taken a lot from the way he conducts himself.”

But he is on an upward trajectory according to Chiefs coach Hepher, who says: “Jack went to Uni, which is really demanding and his game tailed off a bit, but since last year it’s been purely rugby and it’s been much easier for him to knuckle down and work at his game.

“He’s made massive strides in his kicking and he’s right up there with the best around now.

“His physicality’s coming on, too. He’s always been brave, but he looks stronger and he brings that high-tempo game and that gambling aspect where he’s on the shoulder of any breaks. A lot of his assets are starting to come through now and while I can’t tell you which of our scrum-halves will start next season, there’s an opportunity to claim that spot.”

While Northampton’s Alex Mitchell, below, is the latest young scrum-half to be trialled within England’s set-up, Maunder aims to put his name in the frame for a recall, and will do so from a position of strength with Exeter gunning for a league and Champions Cup ‘double’.

Maunder added: “I had a brief phone call (with Eddie Jones) a while ago but it’s just about concentrating on Chiefs, getting as much game time as I can and working on those aspects the coaches want me to improve. If I do that, things kind of follow though.

“It’s great for ‘Mitch’ to get an England chance because he’s a great lad and I played a lot with him at age group level. He’s a top player so I’m chuffed for him and I hope he’s enjoying the experience of being part of the camp.

“I’m still ambitious, though, and luckily as a club there are some big games around the corner and that’s definitely something to look forward to. It definitely puts stresses on your skills but they’re the games you want to be involved in and what you train for.”