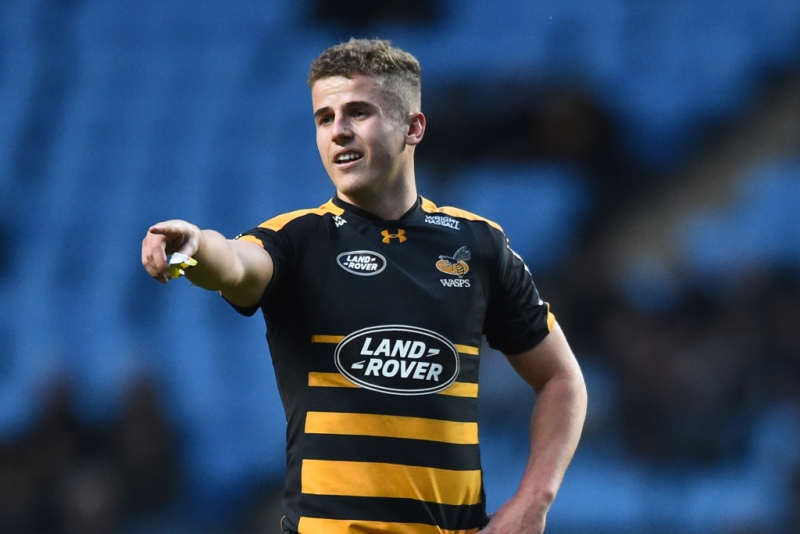 Wasps fly-half Billy Searle will leave Wasps at the end of the season and join Premiership rivals Worcester Warriors.

The 23-year-old back has signed a two-year deal to move to Worcester on a six-figure deal, CoventryLive described as ‘lucrative’.

Searle has fallen down Dai Young’s preference at fly-half following the emergence of Jacob Umaga, the return of Jimmy Gopperth and the belief Lima Sopoaga can emulate his Super Rugby form which see him arrive from the Highlanders in 2018.

It was in the same year that Searle arrived from Bristol Bears, racking up 17 appearances before sustaining a horrific ankle injury which sidelined him for seven months.

Following his return from a lengthy spell on the sidelines, Searle felt this was the right decision after weighing up his career options after being limited to four appearances this season.

“It was a really difficult decision for me but I think it’s the right one at this stage of my career and I’m excited for the challenge that’s ahead,” Searle said.

“I’ll continue to give my all to the jersey till the end of the season and hopefully we can drive our way up the table to compete with the best.”

Searle’s confirmed departure is likely to see a growing reliance on Umaga, who spent time in New Zealand and at Championship side Yorkshire Carnegie last season.

Promoted to the first-team in the summer, Umaga soon finalised a long-term deal at Wasps following his man of the match display in the Challenge Cup win over Agen and will rival Gopperth, 36, and Sopoaga, 28 for the no.10 shirt.

As for Worcester, Searle is the first outsider piece of business to follow a series of key re-signings including Francois Venter, Ted Hill and Nick Schonert.

Warriors director of rugby Alan Solomons commented: “Billy is an outstanding young English fly-half. He has an excellent skill set, the ability to manage a game effectively and he  kicks really well, both for goal and out of hand.

“He is also a first-class bloke and a good team man. It is fantastic news for the club that he has decided to join us here at Sixways and I believe that he will play a huge role as we look to take the club forward.”