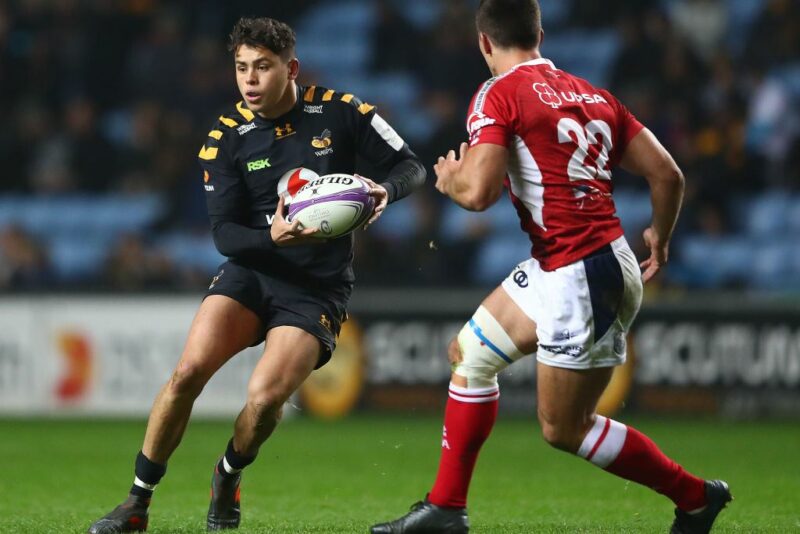 Wasps have shown how highly they regard Jacob Umaga by signing the academy graduate to a new deal.

Umaga, the nephew of former All Blacks captain Tana, was promoted into the first team at the beginning of last season before being sent out to play for Auckland in the Mitre 10 Cup and Yorkshire Carnegie in the Championship.

And after impressing in 13 matches for the first team, Dai Young has moved to nail the 21-year-old to a new deal at the Ricoh Arena.

“Jacob has gone from strength to strength in the past year, gaining some valuable experience in New Zealand and in the Championship before putting in some quality displays for us in the A League.

“He’s worked really hard on his game and is now challenging both Lima Sopoaga and Billy Searle for the number ten jersey – and that competition across the squad is exactly what you want.

“He is still very young and has a lot of room for growth. We’re pleased he’s committed his future to the club and hopefully we can help him realise his full potential over the coming years to become a top-end Premiership player.”

Also comfortable playing at full-back, Umaga has racked up 72 points for Wasps so far in his senior career, and was named man of the match in the team’s 32-14 Challenge Cup win over Agen last weekend.

Eager to build on his strong start, former England U18 and U20s back Umaga said he was benefitting from the first-team environment.

“I’m over the moon to sign a new deal. I’ve thoroughly enjoyed my time at Wasps so far, coming through the academy and into the first-team while making a lot of good friends,” he told the club’s website.

“It’s been great to learn from experienced players like Lima and Jimmy (Gopperth) and being able to tap into their knowledge has been hugely beneficial for me.

“It’s awesome that a number of the guys who I’ve been close with in the academy have graduated into the first-team too, as we’re a tight group, and hopefully we can all drive standards and continue playing together at the club for a long time to come.”