The most spectacular tries of the 2019 Rugby World Cup 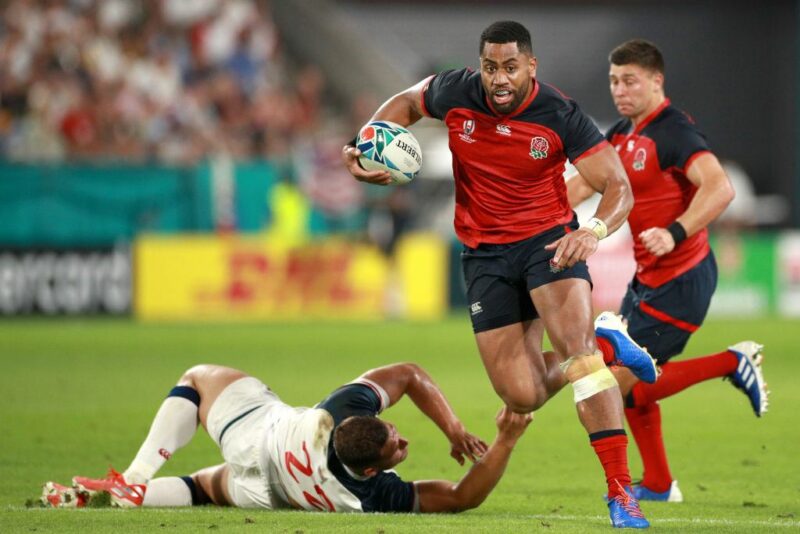 In a breakthrough year for the former Worcester Warriors wing, the highlight arguably came against Fiji and their electric backline.

With opposite number Semi Radradra starring in the same match, Adams showed he was up to the task by scoring a hat-trick in Wales’ 29-17 win.

The try which sealed the hat-trick, however, was owed in equal measure to vice-captain Jonathan Davies, whose break and subtle offload to Adams was majestic.

One of the assists of the tournament came from a rampaging Ellis Genge to set up Joe Cokanasiga in England’s emphatic 45-7 win against USA.

Peeling down the blindside following a lineout maul, the prop looked like a rhino on the loose as he enforced four missed tackles to carry the ball from his own 10-metre line to the USA’s 22-metre line.

Cokanasiga was one of the England players running in support, receiving the ball from George Ford before exposing a gap in USA’s scrambled defence to cross over.

It was one of two tries for the Bath wing which highlighted the bright future ahead of him in international rugby.

Cokanasiga, 21, was nominated for the 2019 Breakthrough Player of the Year alongside France fly-half and winner Romain Ntamack and Springboks scrum-half Herschel Jantjies.

Cokanasiga was one of the England players running in support, receiving the ball from George Ford before exposing a gap in USA’s scrambled defence to cross over.

Cobus Reinach has become revered for his predatory instincts at Northampton after a number of intercept tries in the Premiership.

And he took that onto the Test scene by spotting a gap to the left of a ruck to run through and unleash his destructive speed.

It’s no wonder Montpellier are planning to spend big on him to add him to their cohort of South African expats.

A player who formed one of the most dangerous wing duos at the World Cup alongside fellow wing Koturo Matsushima, spearheading the host nation to a first-ever quarter final.

But this try in particular was all Fukuoka’s doing, acting like a forward in ripping the ball out of the grasp of Scotland centre Chris Harris. The Sunwolves back collecting the loose ball before putting on the afterburners to cross over under the posts.

It was just one standout moment from Fukuoka in one of the best solo displays by any single player at the World Cup. To celebrate all of the great tries, head over to Lottland’s Rugby Try Guide.

It takes something extraordinary to get much reaction out of All Blacks coach Steve Hansen, but the stunning score by TJ Perenara in New Zealand’s World Cup win over Namibia in Tokyo on Sunday certainly did the trick.

When Perenara’s stunning effort on 79 minutes was confirmed by TMO Rowan Kitt, a perfectly-timed camera pan to the Kiwi coaches box captured Hansen giving a ‘yahoo’ and an almighty first-pump, after witnessing such a sublime set of skills.

No surprise then that the All Blacks star scooped the Try of the Year award at World Rugby’s glitzy awards gala in Tokyo celebrating the tournament.