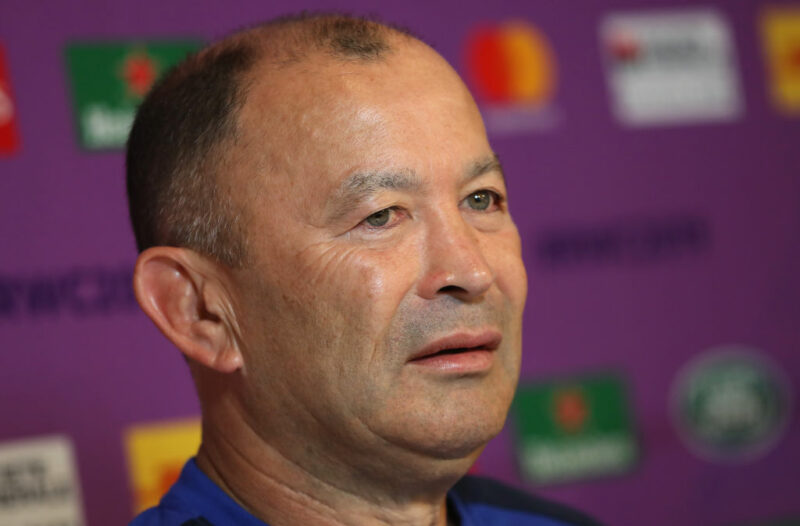 World Rugby have taken the decision to cancel England’s match against France at Yokohama Stadium on Saturday, as Super Typhoon Hagibis approaches the south coast of Japan.

The tropical storm has been classed at the highest level of ‘violent’ by the host country’s meteorological agency, with winds set to hit more than 160mph when Hagibis hits land.

Disruption is going to hit fans hard as the Pool C clash at the 72,000-capacity stadium is called off.

World Rugby had explored plans to relocate the fixture to the south-western tip of Japan in Oita, 580 miles from Yokohama. But the logistical pressures of doing so have seen tournament organisers abandon their contingencies and declare the match a 0-0 draw.

The same circumstances have impacted New Zealand’s match versus Italy, scheduled to be played on Saturday in the city of Toyota.

A World Rugby statement read: “The decision to cancel matches has not been taken lightly and has been made in the best interests of public, team, tournament personnel and volunteer safety, based on expert advice and detailed weather information.

“While we have extensively explored all options, public and team safety was our utmost priority as well as ensuring a consistent, fair and equitable outcome for all teams. All fans with tickets for a cancelled match will receive a full refund for the face value of their match tickets.”

Attention has now centred on Scotland’s crunch clash with Japan on Sunday, as England and France both progress to the quarter finals.

Gregor Townsend’s side are scheduled to play at the same stadium on Sunday where England would have played 24 hours earlier if not for Hagibis.

There is huge pressure on World Rugby to ensure the match goes ahead with a place in the quarter finals at stake.

The matter has been placed under more significance by pool rivals Ireland having their match against Samoa cleared to play in Fukuoka on Saturday, where five points will be on offer.

Unbeaten Japan currently top Pool A on 14 points, with one point separating Ireland (11 points) in second and Scotland (10 points).

Reports have claimed World Rugby have asked Wales and Fiji to check out of their hotel in Oita so that the Japan and Scotland camps could move in and play a relocated fixture.

Scotland head coach Townsend remains upbeat that the match will be played.

“We believe the game hasn’t been cancelled because the weather forecast is much improved for Sunday,” he said.

“It looks like the game will be played and that’s what we have to keep faith with.

“They have made the call with a lot of certainty and a lot of confidence that the game will go ahead on Sunday night. I would hope that everyone who is involved in the tournament would want the game to be played and that they will do all they can to ensure that it is.

“I believe the game will be played,” he stressed.

“It looked like the weather might still be rough on Sunday, and that was certainly the case when I spoke to you guys [the press] after the Russia game.

“There was a discussion then as to whether we could look at an alternative venue. The situation is changing a lot but what we have been told is that Sunday looks clear now.”

Japan was devastated by Typhoon Jebi, a Category 5 storm just like Hagibis, in 2018.

It was the strongest typhoon to hit Japan in 25 years with 11 people being killed and more than 600 injured, as winds peaked at 124mph and the clean up ran up to £12.3bn in the aftermath.