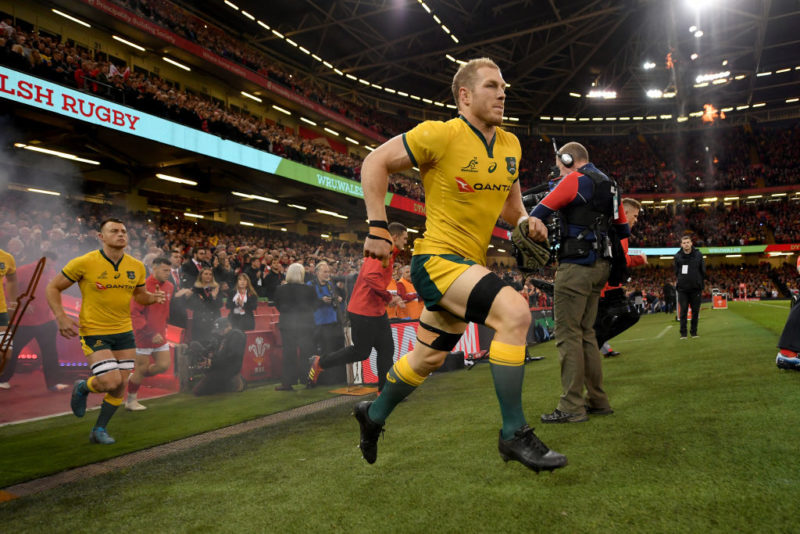 Australia forward David Pocock has surprised reporters by announcing he will retire after the Rugby World Cup in Japan.

The Wallabies skipper was speaking at his routine captain’s run press conference prior to the warm-up match against Samoa, where he dropped the news of his decision.

Revered as the world’s most astute breakdown operator, Pocock’s announcement comes almost six months after he declared it would be his last season in Super Rugby with the Brumbies.

With his next destination not known, Pocock said a legacy is key to what he accomplishes in life.

“I feel like it’s time to move onto other things and contribute in other areas,” Pocock said.

“On a personal note you reflect on the time you’ve had in a Wallabies jersey, what you’ve tried to add, the legacy you hope you’ll leave and then just the opportunity to play in front of family and friends one last time.”

The flanker formed one of Australia’s most formidable back rows alongside current captain Michael Hooper and Scott Higginbotham.

Pocock, a veteran of two World Cups and 77 Tests, led Australia to the final four years ago but was forced to watch on as Richie McCaw and Dan Carter lifted the Webb Ellis Trophy.

His life away from rugby as a social affairs and environmental activist has often drawn attention from the media.

Campaigning for Australian laws to adopt same-sex marriage and was also arrested for protesting against a planned coal mine.

Australia are set to move heaven and earth in the search for new talent at the conclusion of the World Cup.