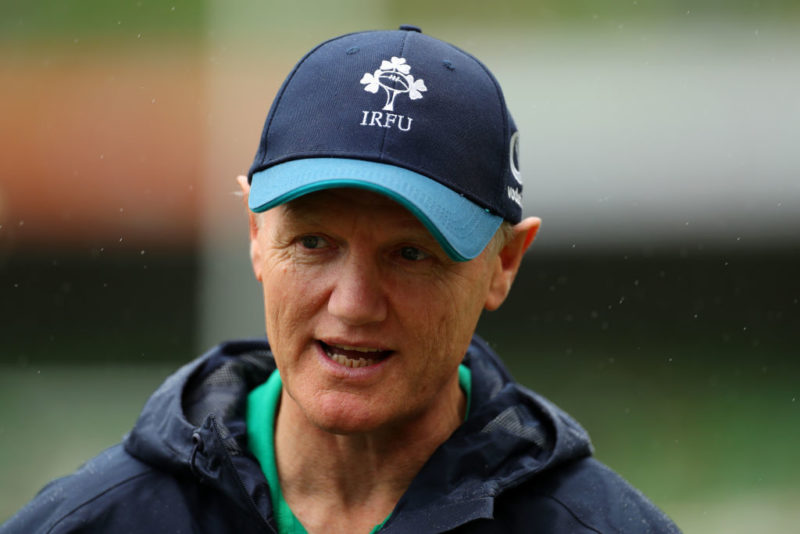 Toner was left out of the group to fly to Japan as South Africa-born Jean Kleyn and Tadhg Beirne were preferred.

Pichot criticised his own employer’s policy in suggesting if he was Toner he would take issue with the residency Kleyn has attained a little more than three years after making his debut to Munster.

It hasn’t been the first time, Pichot has questioned the way World Rugby guidelines operate. Last month the former Argentina scrum-half doubt the merits of Wales becoming the no.1-ranked nation.

“I think he has a number of big opinions, but they’re not ones that are relevant for us and, talking to Gats (Warren Gatland) last week, they weren’t relevant to him either.

“What is relevant is that under the laws of the game, as they were, we are entitled to pick guys who have qualified.

“Considering he is involved in World Rugby, he could have a look at what the rules were and not have so many things to say because for us it is tough enough to do our job and tough enough for me to have a conversation as I did with Dev (Devin Toner).

“With Ireland the qualification involvement is I don’t know probably six or seven per cent. The rest are home grown guys who are not only home grown but who are domiciled here apart from two years when Johnny was used from Paris.

“If there was any question about the number of Irish people involved then I would be surprised when you match up those numbers.”

Toner turned in an astonishing performance in Ireland’s 16-9 win over the All Blacks last November.

And having operated Ireland’s lineout since the retirement of Paul O’Connell, the 33-year-old had looked set on claiming a place in Schmidt’s 31-man squad.

But the Kiwi had no problems selecting Kleyn for his Ireland debut a mere two days after he gained residency.

And while Toner will feel hard done by, Schmidt argued the players like CJ Stander and Bundee Aki have opened their hearts to their local communities in Ireland.

“I’m not sure I’m the most qualified to comment as I am a blow-in myself and I’ll be blowing out soon enough so Gus Pichot has changed the rules and those rules will apply beyond this World Cup and they will apply as long as people feel that is the right residency rule,” said Schmidt.

“I was put under a lot of pressure when Bundee played his first game. A lot of people wrote things but by the end of that first season he had played for Ireland he was named as Supporters’ Player of the Year.

“Now, I think that the majority – and maybe it is a silent majority – will fully get behind this squad and be fully supportive in the hope that we can do as well as we can in Japan.”