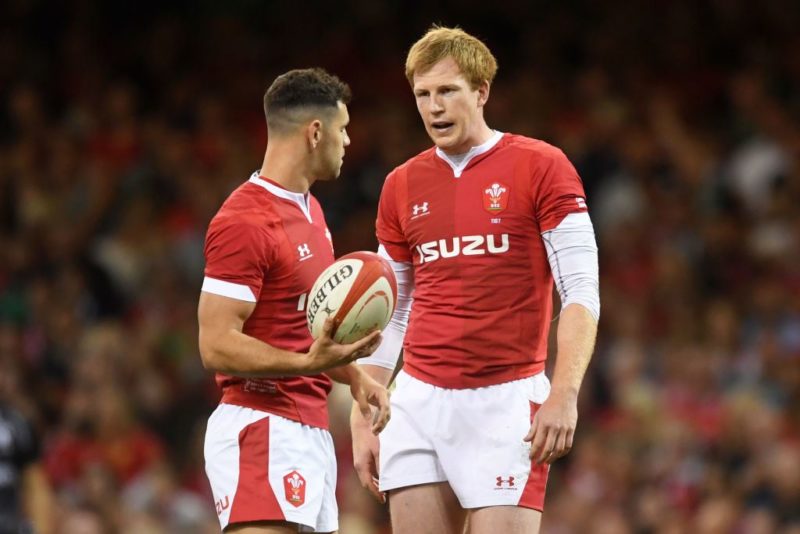 Fly-half Patchell beats Jarrod Evans to board the plane bound for Japan after Gareth Anscombe’s knee injury through up a big area of concern for Gatland.

Patchell had a massive influence on Wales saving some pride against Ireland in losing 22-17 on Saturday.

In Gatland’s last game at the Principality Stadium before leaving the WRU after the World Cup, the hosts found themselves down 15-3 at the break when Patchell replaced started Evans.

And his try-scoring exploits and momentum-shifting display was enough for Gatland to pick the Scarlets out-half.

Second row forward Hill has proved to big a player in Gatland’s plans to leave at home, as the injured lock recovers from a leg fracture.

The Wales medical staff expect the Dragons lock, capped 24 times, to be available for selection midway through the pool schedule.

That would suggest Hill is unlikely to feature against Australia on 29 September at the Tokyo Stadium.

There are call-ups for Saracens prop Rhys Carre, who made his Test debut against Ireland, and flanker James Davies.

Gatland’s group will be captained by Alun Wyn Jones, but those players who miss out include surprise omissions in props Rob Evans and Samson Lee.

“Selection is always the toughest part of the job and that is especially true come Rugby World Cup time,” Gatland said.

“Reducing the squad down to 31 has been extremely hard especially when you look at the depth we have created and the amount of the work the training squad have put in, for some, 14 weeks of training.

“We are really happy with the final 31, we feel there is an excellent blend to the squad, in terms of talent, experience and age profile and we are all incredibly excited about heading to Japan and what lies ahead.

“These players have performed and delivered for Wales and deserve the opportunity to represent their nation at the game’s showpiece tournament.”

After 11 years as head coach, Gatland will bid farewell after the tournament to return to his native New Zealand with the Waikato Chiefs.