England to experiment against Wales ahead of naming World Cup squad 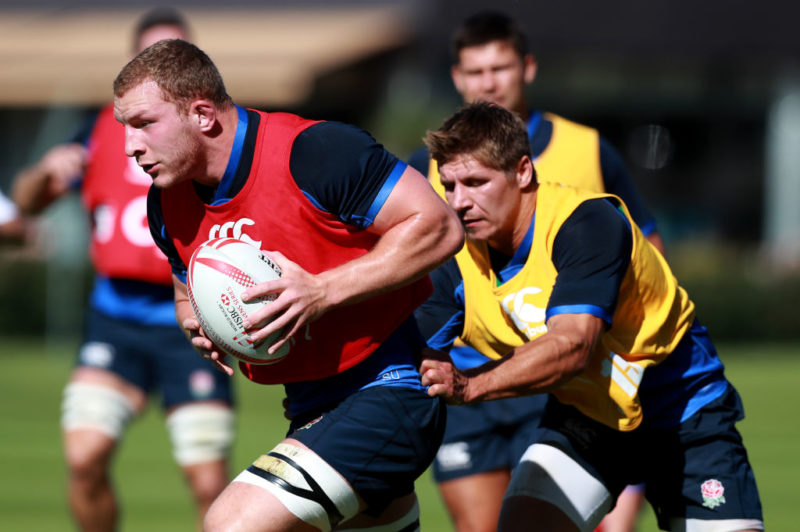 England head coach Eddie Jones has handed debuts to Willi Heinz and Ruaridh McConnochie in the team to face Wales on Sunday.

Jones will name the 31-man squad to travel to Japan on Monday and has taken the opportunity to look at players who are by no means regulars in the England side.

With Warren Gatland naming a strong side for the clash at Twickenham, the home side will start with Heinz and captain Ford in the half-backs.

The Gloucester scrum-half has been given the role of vice-captaincy along with Bath flanker Sam Underhill, who starts in the back row with Tom Curry.

Anthony Watson makes a surprise start on the left wing as club teammate McConnochie will don the no.14 jersey.

“We have completed our four weeks of pre-season training and now we have moved into four weeks of warm up games ahead of the Rugby World Cup,” Jones said.

“Our focus has now changed to match preparation and fitness and creating a game that will stand up to the rigours of the tournament where we have to win seven games in sevens weeks.”

England take on the Six Nations Grand Slam winners at 2pm on Sunday and have included uncapped trio Lewis Ludlam, Joe Marchant and Jack Singleton on the bench.

Jones added: “Our team selection and tactics in our next four games are all about developing a team capable of winning in Japan and our overarching target of being ready when we get on the plane on the 8th of September to win the World Cup.”

“We are looking forward to playing at Twickenham and giving the home crowd something to smile about.”

Captain Ford said: “This week we have had some great prep coming off the back of a great 12 days in Treviso where we did a lot of hard work in the heat and in the humidity out there.

“To get back here and have a game at the end of the week is great and we have turned our focus to tactically how we want to play the game, what we want to look like defensively and how we want to play with the ball in hand as well. We want to be adaptable and we keep on challenging ourselves in training to do that.”