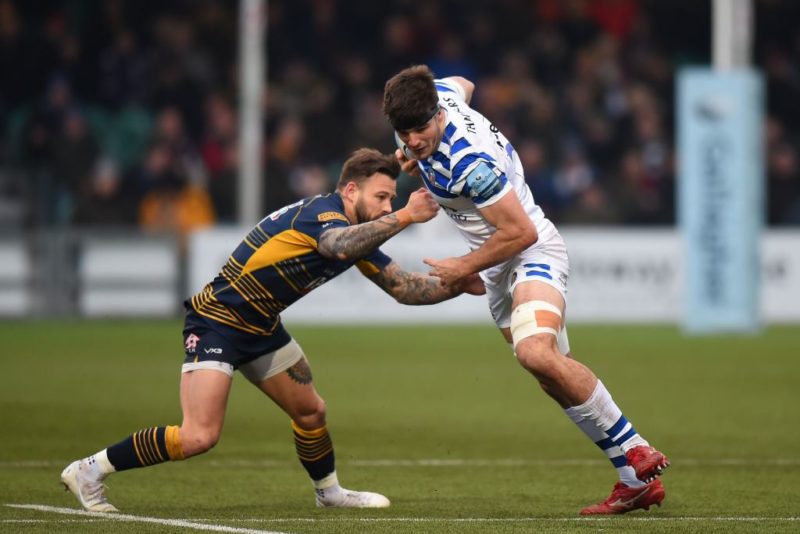 Bustling Bath back rower Josh Bayliss is ready to make light of the club’s international absences by leading a youthful charge into the new Premiership campaign.

Bayliss, who was raised in Indonesia and Singapore before his aptitude for rugby came to the fore at Millfield School, where he captained the First XV, is in full training again after shoulder surgery and determined to build on his dozen Premiership appearances to date.

“It’s great for the club that we’ll have so many boys involved at the World Cup and they’re unbelievably good players who deserve that recognition. But on the other hand, it gives other guys opportunities that we want to take,” Bayliss told The Rugby Paper.

“We’ve got a lot of different options in our back five with guys like Matt Garvey and Elliott Stooke being able to play back row as well, but I’m just trying to get myself as well prepared as I can to be ready for any opportunities that in future might come my way.

“It was unfortunate to have a shoulder problem towards the end of last season which required surgery but in a strange way it’s actually worked out quite well because it’s got me back in good time for pre-season and I’ll be ready to get stuck into the Premiership Cup.

“Playing for Bath has been a dream come true for me and I’m very excited to pull on the shirt regardless of which competition it is. To get Premiership and Champions Cup games before my injury was an incredible experience and it’s given me a taste for it.”

Under former rugby director Todd Blackadder, Bayliss played most of his rugby at No.7 but has yet to nail down his best position long-term. He added: “For the last few seasons I’ve been mainly on the openside but I’ve played at six and No.8 as well. I’m sure there’ll be some discussions around that but at the moment I’m just happy to play where needed.

“Todd had a massive influence on me as a player and a person, but Hoops is in charge now and he has an unbelievable depth of knowledge of the club. He’ll deal with any specific issues over the back five positions and he’s been brilliant in pre-season so far.”

Bayliss’s Asian upbringing means he is able to take the current sweltering conditions in his stride.

“It feels very similar to how it did growing-up in Sumatra and Singapore, where my father worked,” Bayliss said. “Hydration’s obviously important and a lot of water is being drunk, but we’re getting through a lot of conditioning work and it’s been good.”