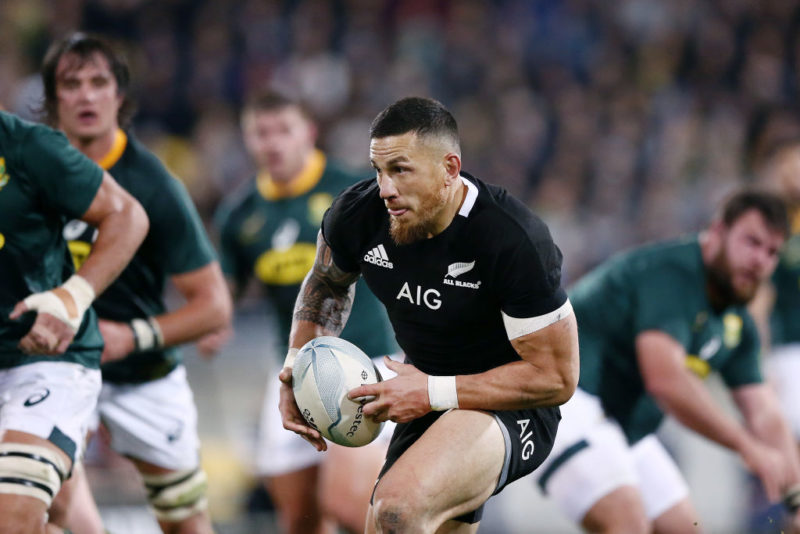 All Blacks centre Sonny Bill Williams has hit back at critics who have questioned his readiness for the Rugby World Cup after an injury plagued Super Rugby season.

The centre underwent knee surgery in April to tidy up some damaged cartilage and a flurry of setbacks then wrecked opportunities to play for the Blues.

Having found playing time hard to come back, New Zealand head coach Steve Hansen has ordered the 33-year-old to kit up for Counties Manakau after featuring in the first two rounds of the Rugby Championship. With the football season not far from returning check these odds comparison before staking money on your own football prediction.

Taking to twitter to urge perspective after a number of columnists in the Kiwi Press lumped pressure on the 52-Test veteran to make the final cut in Hansen’s squad, Williams issued a response.

“For those that say I’m under pressure playing a game that I enjoy. Get your priorities right,” he wrote.

“Look at what’s going on in the world. Starving children, the single mother raising 3 kids, the atrocities refugees are facing around the world, racism. This is what I call pressure.”

“I find it very interesting when so called ‘private’ conversations end up in the media.”

Going further to quote American civil rights icon Malcolm X, writing: “I have more respect for a man who lets me know where he stands, even if he’s wrong. Than the one who comes to me as an angel and is nothing but a devil.”

The whole episode appears to be a gross overreaction, with Williams included in Hansen’s squad for the Bledisloe Cup Tests against Australia in Perth and then Auckland.

He does, however, face a battle for selection with last Saturday’s tryscorer in the 16-16 draw with the Springboks Jack Goodhue, plus Ngani Laumape and Anton Lienert-Brown.