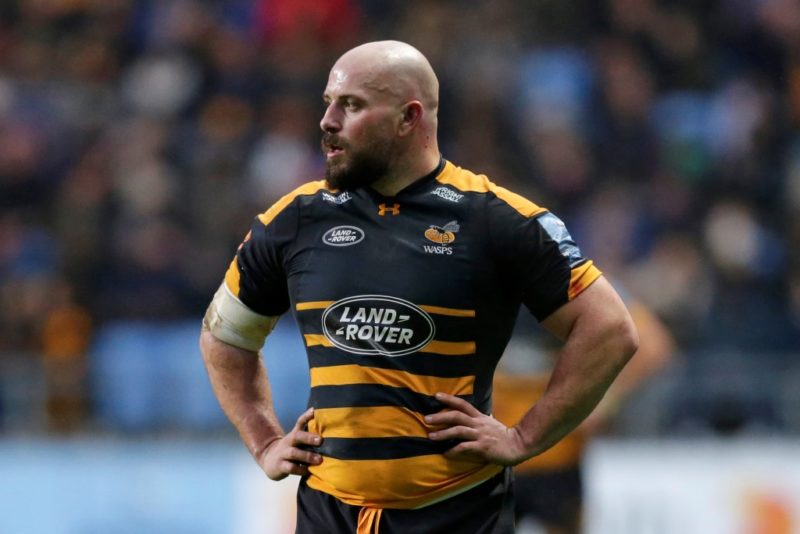 Jake Cooper-Woolley has revealed how sage advice from his dad persuaded him to turn down other clubs and pledge his future to upwardly mobile Sale, who under rugby director Steve Diamond have pushed the boat out with impressive summer signings.

After six years at Wasps, highly sought-after prop Cooper-Woolley had options aplenty. However, he believes the Sharks stand on the cusp of achieving something special, a situation not dissimilar to the one his former club were in when he joined them in 2013.

“I did have other options,” Cooper-Woolley, 29, told The Rugby Paper, “but from speaking to my dad, he got very excited about Sale because he saw parallels between where they are now and where Wasps were when I joined them from Cardiff six years ago.

“Wasps had finished eighth in the Premiership the year before but had finally just become secure financially after a couple of really tough years. It was the beginning of a journey where the club really began pushing forward and started to attract good players.

“My dad said that’s what’s happening at Sale now, and he’s right. They’re a good, hard-working team who, from the outside, have always seemed to outperform their resources to be there or thereabouts around mid-table. But with the new owners bringing investment and stability, they now have the ability to push things forward like Wasps did before.

“Steve Diamond loves his rugby and he’s very enthusiastic around wanting Sale to be successful. As soon as you meet him you can tell that he’s desperate for it and that’s just infectious. You think to yourself, ‘Yes, this is probably a good place to be.’.

“There’s pressure on every club at the moment and, with the Premiership the way it seems to unfold right now, Newcastle went from fourth to being relegated. Every team signs awesome players and has a good squad, but I just feel Dimes is putting together a very good group of players at Sale and the decision to come here was pretty easy in the end.”

He added: “When I was leaving Wasps a few of the lads were wary of the signings Sale were making, thinking, ‘God, it’s going to be difficult to play them.’. You’ve seen the impact the South African guys have had at Gloucester and all it takes is a few of them.

“They seem to play a different, more abrasive style of rugby that is suited to the northern hemisphere; they’re big, physical men who can be difficult to play against so you’d rather have a bunch of them on your side than play against them.

“It’s not just about the South Africans, though, there’s some really good English talent that Dimes has brought through at Sale, which is an admirable trait. They’ve got Ross Harrison, Josh Beaumont, the Curry lads, Luke and Sam James and they’re knocking out a load of good lads through the academy who are doing really well in the Premiership now.

“When you look at what’s happening there and then throw guys like Wilson and Hammersley into the mix, it’s an exciting squad I’m going to be part of.”

While Cooper-Woolley looks ahead, he leaves behind a Wasps outfit that faces a period of transition following the departure of top players such as himself, Elliot Daly, Willie Le Roux and Nathan Hughes amid rumours of financial strife afflicting the club.

He is in no mood to throw stones, though, as he explains: “I’d just got to the point where I needed a change, just to hear some different coaches and give myself a different challenge so I didn’t plateau, but I’ll always look back at my time at Wasps fondly.

“I never really had an opportunity at Cardiff but I went to Wasps, played nearly 140 games and made it into the England Saxons. I never managed to quite kick-on to play for England but I did get some national recognition and started regularly for a Wasps team that more often than not was competing in semi-finals and finals in the top competitions.

“I’d only really played semi-pro rugby in Wales before so most of my development as a player came at Wasps and it was an amazing time. I can look back at that with a lot of pride and there are lads there who I’ll be best mates with for the rest of my life.

“I left as an experienced, well-travelled player who’s improved all aspects of his professionalism and quality, and I’m probably a different person to the one who turned up six years ago.

“I’ll use that now to help drive standards at Sale and be successful.”