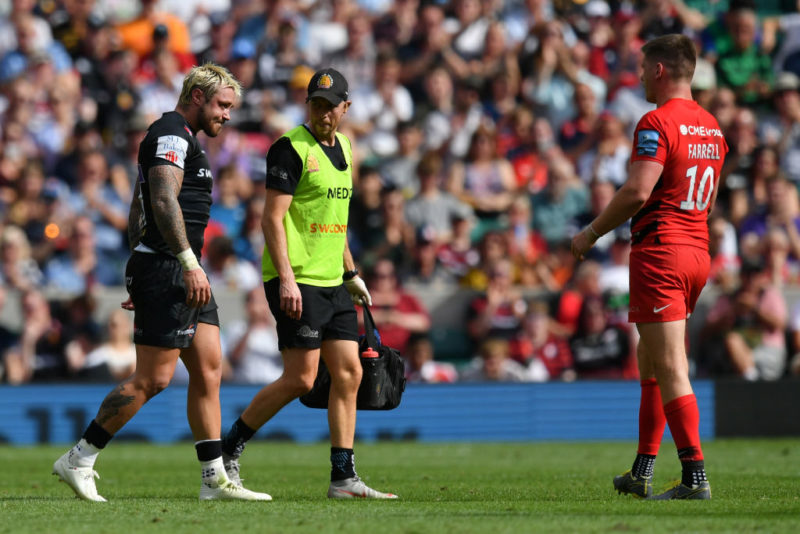 Exeter Chiefs have confirmed England wing Jack Nowell underwent a successful operation on the ankle injury which ended his involvement in the Premiership final this month.

The 33-cap back exited the defeat to Saracens mid-way through the second half and was seen after the match requiring to use crutches to assist his ability to walk.

Scans following the 37-34 loss cleared Nowell of a knee injury but showed damage to his ankle.

The opportunity to have surgery in the aftermath was offset by a family holiday Nowell, who had been a standout performer in the final, had already booked.

Upon his return earlier this week, Rob Baxter confirmed Nowell had gone under the knife on Tuesday and gave an update on his status for the Rugby World Cup.

“Jack’s had an operation on his ankle and at this stage we see no reason why it should jeopardise him being involved with England at the Rugby World Cup nor with us heading into the new season,” Baxter said.

England head coach Eddie Jones is a keen admirer of Nowell, having even gone to the length of testing him out at openside flanker in training sessions during this year’s Six Nations.

Playing at wing, full-back and outside centre during Jones’ tenure, the competition to be included among the outside backs for the World Cup in Japan is fierce.