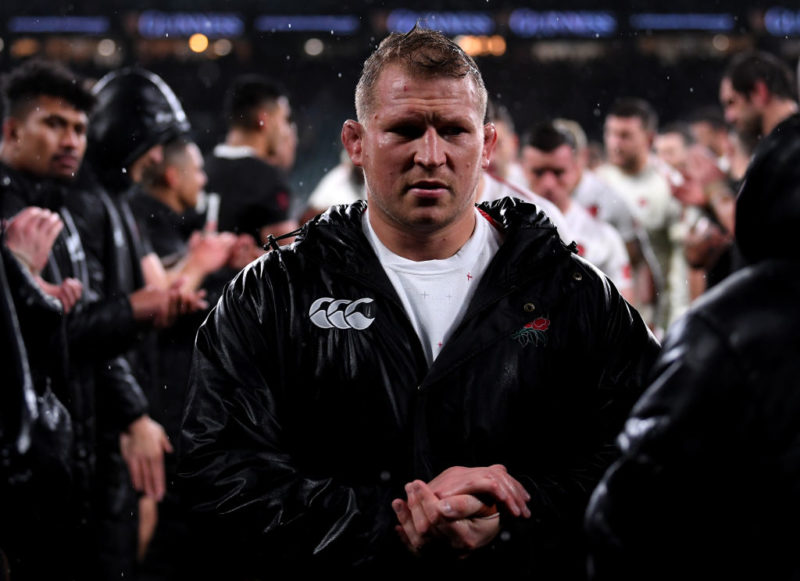 The Rugby World Cup hopes of Dylan Hartley are hanging by a thread, The Rugby Paper understands.

Rumours are rife among the England players that Hartley, 33, has been left out of the RFU’s Elite Player Squad being drawn up by head coach Eddie Jones.

Former England captain Hartley has not played since before Christmas because of a knee injury, and saw his England starting place go to Saracens’ Jamie George during the Six Nations.

Hartley was part of England’s 2011 World Cup squad in New Zealand under Martin Johnson but missed out four years later after being banned for headbutting George in the Premiership semi-final.

Jones has been a big fan of the 97-cap New Zealand-born hooker because of the leadership he brings to the dressing room.

It would be a huge gamble not to take an experienced warrior such as Hartley to a World Cup but Exeter’s Luke Cowan-Dickie and new Saracens signing Jack Singleton now look to be ahead of him in the pecking order, headed by George.

Jones names his World Cup training squad at Japan House in London on 4 July and it is understood there will be a changing of the guard in the squad.

A source close to the team has said that as well as Hartley, the players expect Danny Care, Chris Robshaw, Nathan Hughes and Chris Ashton to be left out, with Gloucester No.9 Willi Heinz included ahead of Care.