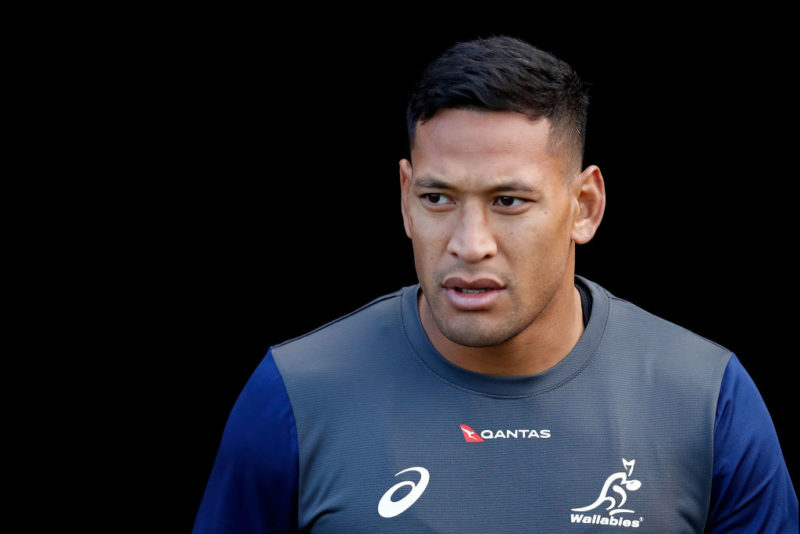 The former Waratahs full-back’s lawsuit will claim the termination of his contract, worth £2.15m, was ‘unlawful’ and deprived the player his ‘best years’ as a professional rugby player.

Filing against the union who are set to confirm financial losses across 2017 and 2018 of £6.43m, Folau was ostracised for social media comments condemning homosexuality following a code of conduct hearing.

Dumped by sponsors Asics and Qantas prior to his sacking, the 29-year-old will seek the full value of his RA contract as well as damages for lost future sponsorship opportunities.

“The termination has cost Mr Folau the best years of his rugby career, participation at the Rugby World Cup, the chance to become the greatest Wallaby try-scorer (a decades-old record he was likely to break), and the associated exposure and opportunities,” Folau’s application via the Fair Work Commission stated.

“As well as around A$5 million in lost salary, Mr Folau will claim in respect of the loss of these opportunities (renewal of contract, sponsorships, etc).

“The damages will be particularised in due course, but will be substantial. In addition, Mr Folau will seek civil penalties.”

Folau won 73 caps for Australia and stands as the highest tryscorer in Super Rugby history.

He commented: “No Australian of any faith should be fired for practising their religion.”