Shaun Edwards hits back at Wayne Pivac for ‘financial’ jibe 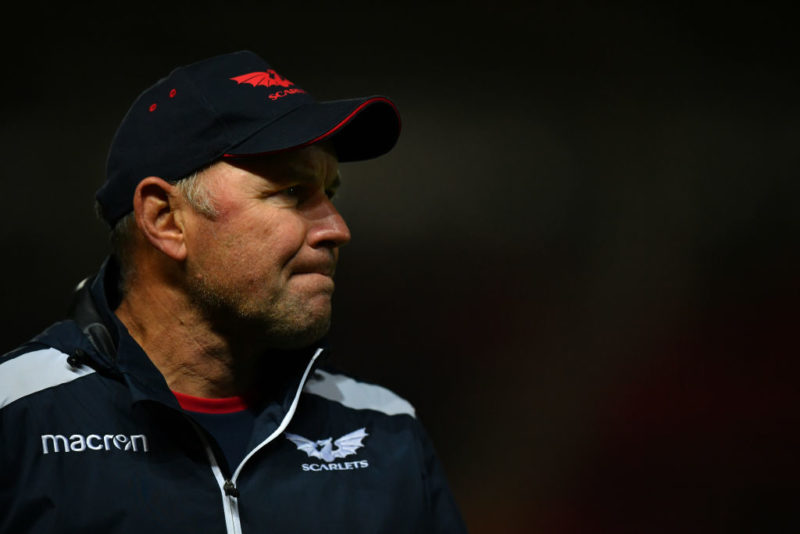 Shaun Edwards has responded to Wayne Pivac’s claim the Wales defence coach’s decision to join France was a ‘financial one’.

Wales head coach in-waiting Pivac made the claim ahead of the Scarlets’ Champions Cup qualifying play-off clash next week, when he was asked about his plans regarding his backroom staff.

The Kiwi said negotiations fell short of an agreement as Edwards now prepares to take his methods to the French national team.

“We had some talks with Shaun and they were productive, but we did not quite get it over the line. It is an individual choice and probably a financial one” Pivac said, with the Ospreys match set to be his last as Scarlets head coach.

One of Warren Gatland’s assistant coaches for the past 12 years, Edwards contacted local media to issue a rebuttal of Pivac’s comments.

In a statement issued to WalesOnline, Edwards wrote: “I’m disappointed with Wayne Pivac’s comments – he has no idea what my salary is in France.

“The Wales team is on the greatest run in the history of Welsh rugby with 14 international victories in a row.

“We have recently won the Grand Slam and a fourth Six Nations title under our head coach Warren Gatland.

“I have been a part of them and have given Wales 12 years of loyal service, enjoying my time here immensely and having a great rapport with the Welsh public, who I love. There’s a lot to be excited about with the World Cup around the corner.”

The Rugby Paper reported on 21 April that Edwards’ representatives were working towards a four-year contract extension to remain with the WRU, guaranteeing the ‘long-term security’ the coach was looking for.

But the France Rugby Federation superseded negotiations with a straightforward contract, while the WRU were pushing for a two-year deal with option clauses included for a further two years.

As a result, Edwards will now join a France coaching staff set for an overhaul following the Rugby World Cup with the jettisoning of head coach Jacques Brunel just one stroke made by FFR president Bernard Laporte.