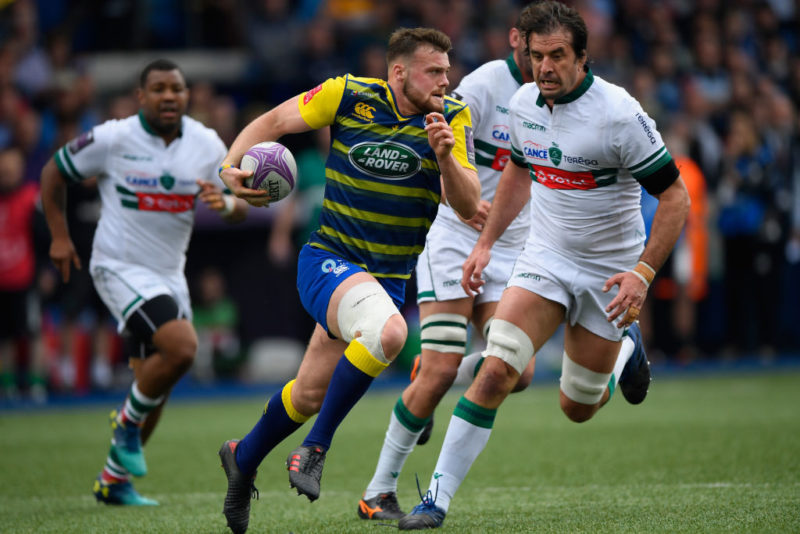 Wales head coach Warren Gatland has named his 42-man training squad ahead of this year’s Rugby World Cup in Japan.

Step one in his tournament preparations will see Gatland and his coaching staff take a closer look at uncapped duo Owen Lane and Rhys Carre.

Cardiff Blues winger Lane and prop Carre will assemble with the rest of the party at the WRU’s centre of excellence sometime in mid-June, before they depart for a two-week long training camp in the Swiss Alps.

Lane is the only new face among the core of Wales backs who played in their Grand Slam Six Nations campaign, while Taulupe Faletau is named among the 23 forwards in the squad.

“It is exciting to name our training squad and to get the RWC ball rolling,” Gatland said.

“We’ve named a 42-man squad, packed with experience, a good number of the Grand Slam winning squad are in there plus some players who have returned from injury.

“The last couple of years have been about building depth and exposing players and we have done that well so we have kept the numbers down to make the squad as manageable as possible.

“We have created some great competition in the squad and there are a couple of players on the injury list at the moment that we could add into the squad at a later date depending on their recovery.

“We have been really impressed with Rhys (Carre) and with Owen (Lane). They have both been on our succession plan for a while and it will be good to have them in camp with us and to see what they are able to do.

“We are looking forward to the squad meeting up and a hard summer of work ahead of us. We have planned it meticulously and the plans have been in place for a good while now. Looking back to 2011 and 2015 we were happy with our preparation so we are hoping to take that into this year and hopefully build on it.”

Among a squad packed with tournament experience, one of Wales’ fledgling leaders among its pack, Ellis Jenkins, has not been risked by Gatland.

The Cardiff Blues flanker sustained a serious knee injury during the autumn internationals late last year casting his availability for the tournament in Japan in grave doubt.

Thomas Young, Jamie Roberts and Dan Lydiate are all other noticeable absentees.