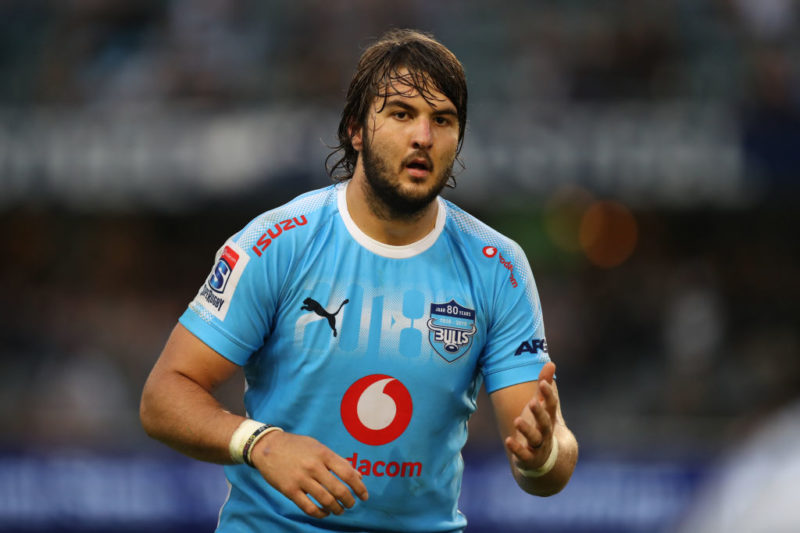 Sale Sharks have completed a major piece of recruitment ahead of the 2019-20 season with the addition of Bulls captain Lood de Jager.

The towering Springboks lock has signed a three-year contract to switch Super Rugby for the Premiership.

Director of rugby Steve Diamond stated de Jager was a bonafide ‘world-class’ second row and a sign of what the Sharks were building towards.

“I am extremely pleased to secure the services Lood for the 2019/20 season,” Diamond told the club’s website.

“He is a world class line-out operator with lots of experience at the highest level and offers a huge physical presence around the pitch.

“Lood’s signing is a statement of intent in our endeavour to become a force in the Gallagher Premiership and Europe over the next three years.”

De Jager has established himself as one of southern hemisphere rugby’s most astute operators in the second row since beginning his career in the Currie Cup with the Free State Cheetahs.

38 caps for South Africa later and the 26-year-old is expected to pack down for the Boks at the Rugby World Cup later this year.

The Bulls star shared his thoughts on securing the move to the AJ Bell Stadium, where he is likely is make his debut at the conclusion of the tournament in Japan.

“Firstly it is a great honour for me to join Sale Sharks, they are a club with great tradition and really high ambitions and they are building something really special,” said de Jager.

“It’s exciting to be a part of and I’m looking forward to joining up with the guys in Manchester later in the year.”

The Rugby Paper’s Neil Fissler reported in last Sunday’s edition that Diamond had missed out on loosehead prop target Steven Kitshoff, who turned down an offer from Sale to stick with current side Stormers.

Ospreys prop Nicky Smith is now the priority as Sale look to bolster their front row.