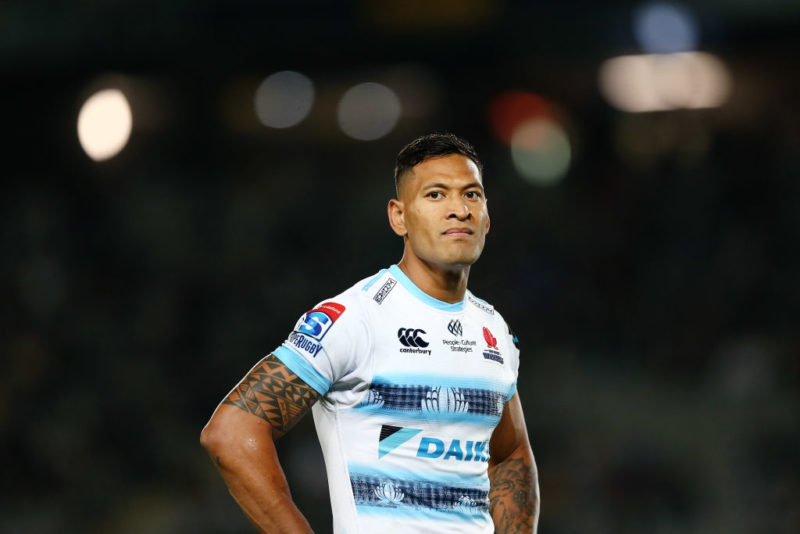 In a post also letting off a volley of religious judgement upon alcoholics, atheists and fornicators, Folau risks disciplinary action from Rugby Australia chiefs having caused outrage almost a year to the day since another anti-gay Instagram post caused controversy.

He escaped sanction but Wallabies team sponsor Qantas criticised Folau and called on RA to get the full-back to ‘pull his head in’, according to reports.

In the new post, Folau himself comments: “Those that are living in Sin will end up in Hell unless you repent. Jesus Christ loves you and is giving you time to turn away from your sin and come to him.”

The latest controversy adds to a period of instability for Australian rugby, with rumours circulating over Michael Cheika’s future despite a vote of confidence from chief executive Raelene Castle in February, and contending with fewer Test matches to prepare for the Rugby World Cup than most of their northern hemisphere rivals.

In February, Folau signed a four-year deal with RA, a negotiation which went on for months given the governing body’s reservations about the 29-year-old’s religious views.