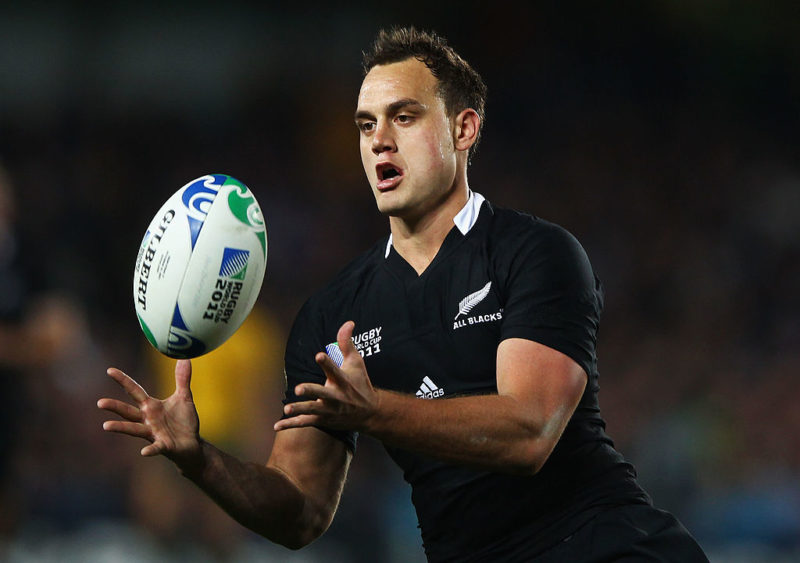 New Zealand and Crusaders full-back Israel Dagg has announced his retirement with immediate effect due to a chronic knee injury.

The 30-year-old was capped 66 times by the All Blacks and started at 15 for Graham Henry in both the semi-final and final of the 2011 World Cup in New Zealand.

Playing regionally for Hawke’s Bay, Dagg made 89 Super Rugby appearances for Crusaders and lifted the trophy in 2017 and 2018.

But after two years of struggling to string a run of games together due to a knee injury, Dagg has taken the decision to hang up his boots upon medical advice.

“It’s been an honour to represent the All Blacks, Crusaders and Hawke’s Bay over the years and I’m incredibly proud to have worn each of those jerseys throughout my career,” Dagg said.

“While it’s bittersweet to mark the end of my playing career, I’m grateful to still be able to contribute to this Crusaders team in 2019 and help prepare some of the younger squad members to take the next step in their own careers.

All Blacks head coach Steve Hansen added: “It’s always a shame when injury forces a player to retire, but ‘Izzy’ will leave our game knowing that he’ll forever be remembered as an outstanding player who definitely enhanced the All Blacks jersey and contributed to the legacy of the team.

“He had an outstanding debut season for us in 2010, scoring that final try in the Test against the Springboks in Johannesburg, and then took that form into the Rugby World Cup in 2011 where he was one of the stars of the tournament, and he played a major part in the All Blacks being successful at that tournament.”

Dagg went to the extent of having stem cell treatment on his knee which had little effect, and now looks set to pursue a coaching career after the Crusaders confirmed he would remain will the franchise in an off-the-field role.