Harlequins week of recruitment continues with signing of Tom Lawday 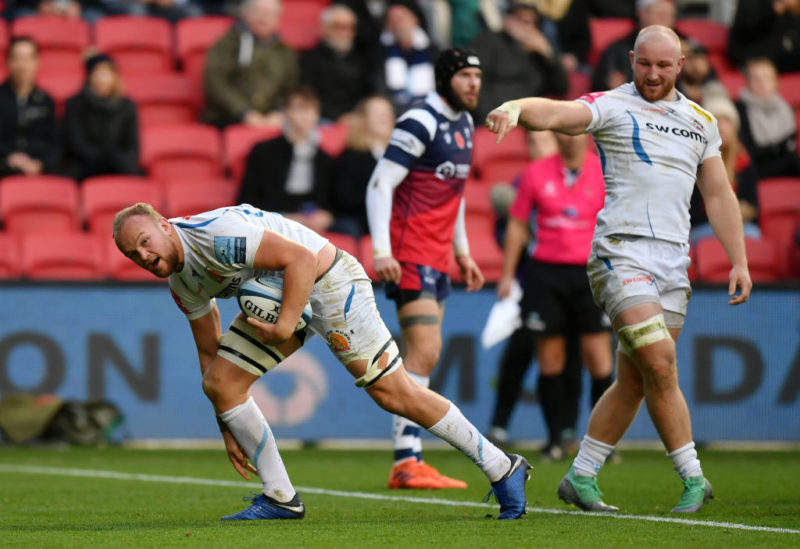 Harlequins have taken their signing announcements for the week to nine with the addition of Exeter Chiefs no.8 Tom Lawday.

The back row forward made his debut for the Chiefs at Twickenham Stoop in the Anglo-Welsh Cup last season, and later joined Cornish Pirates on dual-registration where his displays earned him a place in the Championship Dream XV.

His talents will be complemented by Worcester Warriors tighthead Simon Herrod who will also head to the Stoop, as well as the other signings this week of Stephan Lewis, Will Evans, Glen Young, Scott Baldwin, Michele Campagnaro, Santiago Botta, and Martin Landajo.

Lawday, 25, will join up with the rest of the new recruits at Quins’ Surrey Sports Park training base next season, and vowed success was around the corner for the Premiership club.

“I have been really impressed with what has been going on at Harlequins this season and know it is a club with very strong ambitions,” Lawday told the club’s official website.

“I am looking forward to playing at The Stoop for Gussy and this team and know that a lot of success lies ahead there.”

Harlequins head of rugby Paul Gustard said: “Tom is a very impressive Number eight and we are excited that he has committed his future with us.

“He is a strong, ball-carrying, tackle-breaking, all-action back row who I believe will continue to improve individually and help us improve collectively as a team. He is an impressive young man who is the archetypal modern-day back row forward.

“I have watched him play a lot this season and, in every game, there have been signs of real quality and ability to be special and make a difference. We really like what we have seen in terms of his on-field strengths and in meeting him we are very happy that he exhibits the kind of behaviours that we look for.

“I am sure he will be very well received by our wonderful supporters and we are delighted he will be playing in the quarters next season.”

Lawday has also represented England Students and is a former BUCS player of the year award winner with the University of Exeter.