Home / Club Rugby / Sunwolves to be dumped out of Super Rugby

Sunwolves to be dumped out of Super Rugby 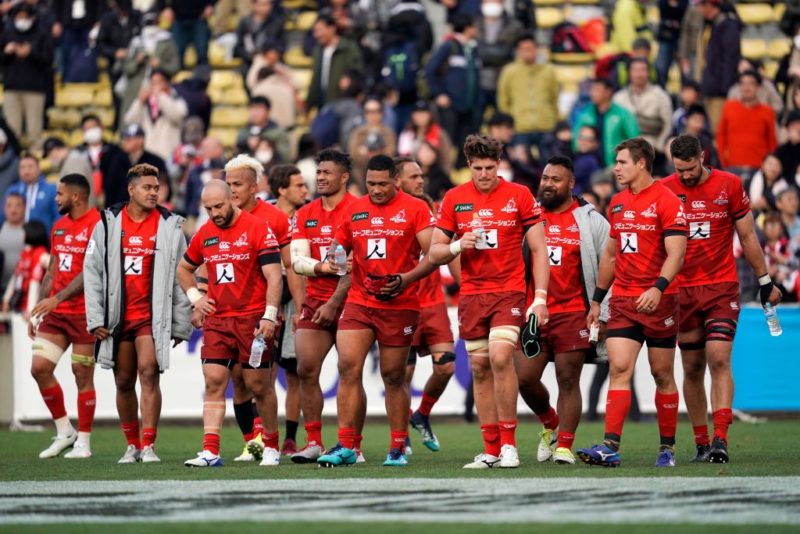 After four seasons in Super Rugby the Sunwolves are set to be ousted by competition organisers Sanzaar, as the league returns to a 14-team format.

The jettison of the Japanese franchise represents a huge scaling down by Sanzaar from its decision to expand the league to 18 teams for the 2016 season.

South African sides Cheetahs and Southern Kings have left to be incorporated into the Celtic League, now the PRO14, while Australian outfit Western Force lost an appeal and were axed by Rugby Australia.

The situation has become particularly fractious as Japan are set to host this year’s Rugby World Cup.

In a statement set to be released on Friday, according to reports, Sanzaar will confirm next season as the Sunwolves last in Super Rugby when the current broadcast deal will come to its end.

With travel to Tokyo a burden to South African sides, a report in The Australian has claimed Sanzaar had asked the Sunwolves to pay a fee to continue playing in the competition but they slapped it down.

The Sunwolves are owned by the Japanese Rugby Union while its wealthy domestic league is dominated by business power-brokers.

Speculation had circled the competition late last year over the possible introduction of a Pacific Islands Super Rugby team based in Hawaii.