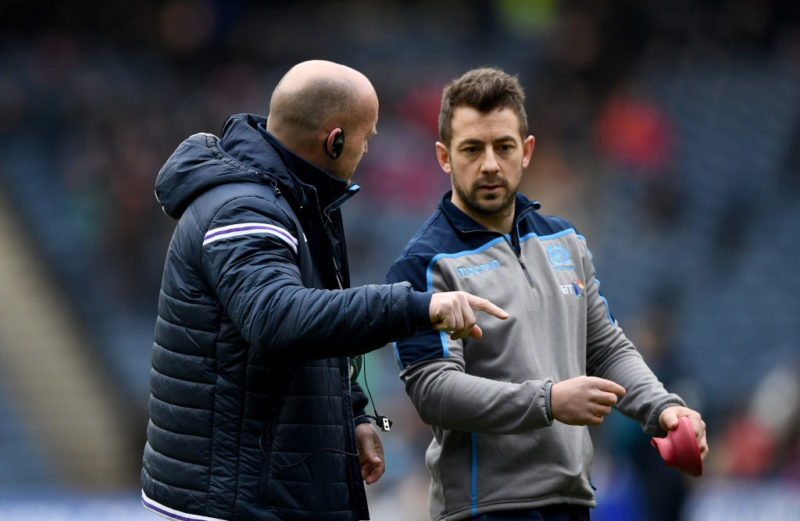 The move comes regardless of the return of key players Finn Russell and Hamish Watson, as Ali Price is preferred to Laidlaw to start at Murrayfield.

The Clermont Auvergne back will take his place among the replacements as one of four changes made by Townsend for the penultimate round of the Six Nations.

Commenting on Laidlaw taking a backseat and handing the captaincy to hooker Stuart McInally, Townsend argued the decision had been motivated by tactics more so than form.

“First and foremost, we select a team we believe gives us the best chance of winning at the weekend,” Townsend outlined, “while we also have an opportunity to reward players who have been in very good form and have been knocking at the door of the team in recent weeks – Darcy Graham and Ali Price especially.

“Greig [Laidlaw], having started in our last six games is a key member of our squad, although this week we have decided to utilise his leadership and experience off the bench. He is driven by a desire to win for his country and he should have an important role to play in the latter stages of the match at the weekend.”

Scotland lie fifth in the Six Nations standings after defeats to Ireland and France. And as they seek to move up the table, victory over Wales would serve as a celebration to mark milestones for wing Tommy Seymour and lock Jonny Gray.

The Glasgow Warriors pair will both earn their 50th caps when they walk out onto the Murrayfield turf – Gray becoming the second-quickest to half a century of caps for Scotland at the age of 24.

Extending his congratulations to Seymour and Gray, who he coached when director of rugby at Scotstoun, Townsend said both deserved recognition.

“Tommy has started all his games and has an impressive try-scoring record, which is fundamental element of the game for a winger,” Townsend said.

“As well as his finishing ability, his excellent work-rate off-the-ball and outstanding aerial skills have been the key reasons why he’s reached a half century of appearances for Scotland.

“Jonny is an exceptional player who came through as a young man and, by becoming the second-youngest player to win 50 caps, shows just how well he’s played in that relatively short time.

“He has a phenomenal work rate, is a very accurate tackler and takes real pride in helping the team prepare, as well as continually looking for ways to improve his own game.”

Edinburgh winger Darcy Graham starts on the opposite wing to Seymour, while Willem Nel replaces Simon Berghan at tighthead.