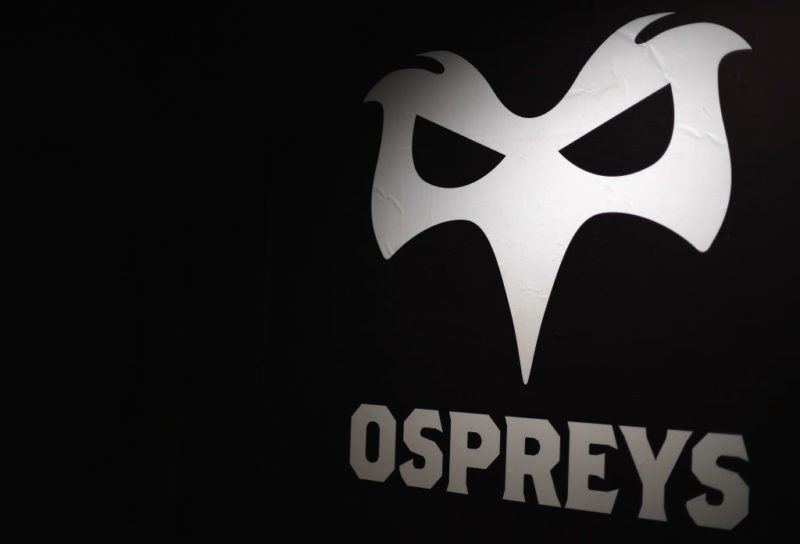 The Ospreys have released a statement condemning the approach the WRU’s Professional Rugby Board have taken in proposing a restructure to the Welsh regions, which would see the club merge with the Scarlets as part of ‘Project Reset’.

Following on from the news on Tuesday afternoon that Ospreys chairman Mike James had resigned in an act of total rejection of the PRB’s proposed changes, which would see an Ospreys-Scarlets merger and the establishment of a new region in the north of Wales to play in the PRO 14.

Until now, the Ospreys as an organisation had been tight-lipped on the developments of Project Reset. But on a day where its chairman resigned and the Welsh Rugby Players’ Association released statements citing grave concerns over the proposal, the Ospreys also made official comment in what has been a tumultuous 24 hours for the country’s rugby.

The statement released by the four-time winners of the Celtic League read:

“Until now, the Ospreys have remained largely silent out of respect to the WRU, despite growing speculation over the future of regional rugby in Wales. This can no longer remain the case.

“The instability created by PRB’s chaotic approach to its own imposed restructuring criteria has been the height of recklessness at its worst and incompetent management at its best – an approach which has resulted in wild conjecture, hostility and uncertainty in the regional game.

“We stand fully behind the comments of Ospreys outgoing chairman Mike James and add the Ospreys’ voice to his in calling for fundamental re-examination of a truly disasterous process. We also stand behind the comments and concerns of the WRPA concerning the woeful lack of consultation to date.

“The Ospreys are not on the verge of merging with the Scarlets.

“Like the other M4 regions, the Ospreys were informed by the WRU that their decision was to create a new region in the North and this would necessitate one going in the South.

“Beyond this, the regions have been encouraged to enter unilateral discussions to try and self-broker an outcome. Rather than every option being on the table, only one has transpired – which region should go.

“Far from being a methodical, consultative process, involving all the game’s stakeholders, looking at the greater good and the long-term benefit to all, the South Wales regions have been forced into a leaderless race for survival, with self-interest as its guiding star.

“The Ospreys are not afraid to think the unthinkable. Our region was born out of the previously unimaginable merger of Swansea and Neath and, later, the seamless integration of Bridgend. We remain the only region to have truly embraced, lived and breathed the concept of regional rugby. Our reward and Wales’s reward, has been an unparalleled level of success for our region and an unrivalled contribution to the national team.

“We fully recognise the WRU’s argument that the regional game requires further restructuring in order to remain viable and we support this principle.

“But, the way this has been approached has led to a fundamental breakdown in the fabric of the game. This must stop now. A new process must be expedited, with respected and competent leadership – professionally outlined and responsibly led – with transparency and genuine consultation as its foundation.”

Should the go-ahead be granted for Project Reset to be implemented, a new region together with the merger would come into effect for the start of next season in the biggest shake-up of Welsh rugby since 2003.