Home / International Rugby / Will he stay or will he go? Ireland head coach Joe Schmidt to clarify his future next week

Will he stay or will he go? Ireland head coach Joe Schmidt to clarify his future next week 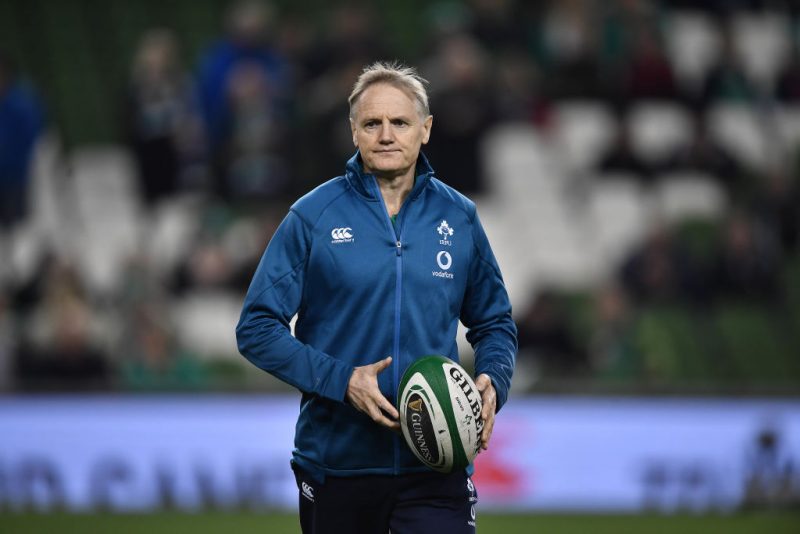 Joe Schmidt has revealed he will announce where the future of his coaching career lies ‘early next week’, with his contract with the IRFU expiring after next year’s World Cup.

The Ireland head coach has left supporters on tenterhooks after saying his future would become clearer this month, but is awaiting the conclusion of the team’s autumn schedule before doing so.

And on naming his squad for Ireland’s last Test against the USA this weekend, the Kiwi was asked about his future by a media corps eager to know if the mastermind behind two victories over the All Blacks and a Six Nations Grand Slam will stay in charge of the Boys in Green.

“Look, it’s a decision that will probably not be finalised until Sunday, really,” said Schmidt.

“But it’s a decision that has been a long time coming and the family I’ve probably committed most to is the one at Carton House as much as my family at home.”

“I think certainly early next week is when you can expect to know my decision. I’d like to be able to take a deep breath on Sunday.

“I know I can’t continue to go backwards and forwards on it because to be honest I’ve beaten myself up on the decision, and I’ll be the most pleased of anyone when the decision is made.”

Ireland has been in party mode all week following the team’s sensational 16-9 victory over New Zealand, holding the All Blacks at bay at the Aviva Stadium.

Schmidt, 53, has made a number of changes for their match against USA, which includes a start for Will Addison at full-back and Tadhg Beirne in the second row.

“This was always part of the plan to make the changes, the two games book-ended the series and it’s a chance to look at all of the 43 players across the four matches,” said Ireland boss Schmidt.

“Tadhg (Beirne) has slotted in so well, coming off the bench a couple of times in Australia in the summer, and bedding in as part of the broader squad.

“And I thought Iain Henderson came on and did really well last week against New Zealand.

“Tadhg has a really instinctive feel for the game; his running lines, his ability to get into the right defensive positions. Those things are a little bit intuitive, and it’s great to coach a guy who tends to know where to be most of the time.”