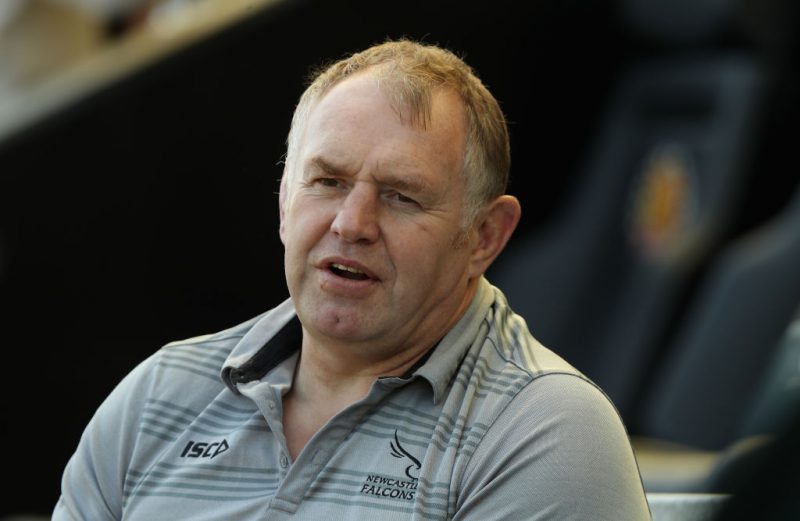 Well over 3,000 days will have passed since Dean Richards’ last direct involvement in the top tier of European rugby by the time Newcastle run out at the Stade Mayol bear-pit to take on Toulon in the Champions Cup.

A Heineken Cup finalist in his playing days with Leicester and a two-time winner while in charge of the Tigers, the infamous Bloodgate match against Leinster on April 11, 2009 remains the only stain on an otherwise impeccable managerial record.

In the six years since his ban expired, Richards has reinvigorated his own career and that of the Falcons – but away from the glare of Europe’s most glamorous competition.

Last season’s fourth-place finish in the Premiership has put the north-east club back on the map and Richards, putting his own pride to one side, believes they deserve to be among the Leinsters and Toulons of this world after an absence of 14 years.

“I’ve been there, seen there and done it and I still get massively excited by the competition, but I park that to one side, it is what it means to the club and the players,” Richards said.

“The players are excited to be there, it’s been their goal and their ambition for the last few years to get into the top six and earn the right to play in it.

“Our journey to get here has taken six years, from getting out of the Championship and into the Premiership and now the Champions Cup.

“We’re pitting ourselves against the best which is where we feel we should be, and where we want to be. We have a modest budget but high ambitions. But we’ll only find out how good we are when we play the games.”

The last time Newcastle competed in the European Cup, in 2004/05, they made the quarter-finals, losing 48-8 to Stade Francais.

Advancing that far again would rank as a shock in most people’s eyes, while making the final would be a dream come true for Newcastle in the same year the city hosts the showpiece events in both the Champions and Challenge Cups.

“With Toulon, Montpellier and Edinburgh – sides that are all difficult to beat – in our group I’d be delighted if we made the quarter-finals,” Richards said. “Then they’re one-off games and anything can happen.”

A quintet of former Leicester players – George McGuigan, Logovi’I Mulipola, Michael Young, Toby Flood and Niki Goneva – provide the only Champions Cup experience in a youthful Falcons squad that, Richards says, will go into their first European Cup campaign in 14 years without any fear.

“People approach it two ways. You either make it a special week where you section off part of a season or one game just follows into another. For us, it is going to be something special because it’s a competition we haven’t been in for a number of years.

“With an inexperienced squad in terms of the Champions Cup, we’ve got nothing to lose. The beauty of having a young squad is they have fewer inhibitions than others.”

What his squad lacks in top-level European experience, 55-year-old Richards more than makes up for it. Richards is still the only Englishman to lead a side to back-to-back European Cups, in 2001 and 2002. “In the first Cup final we were too good for Stade Francais, winning four tries to nil.

“In the second one, we were playing an incredibly good side in Munster and we had to stick to the script. We made sure we knew how we wanted to play and executed it to the nth degree. That’s ultimately what gave us the win.”