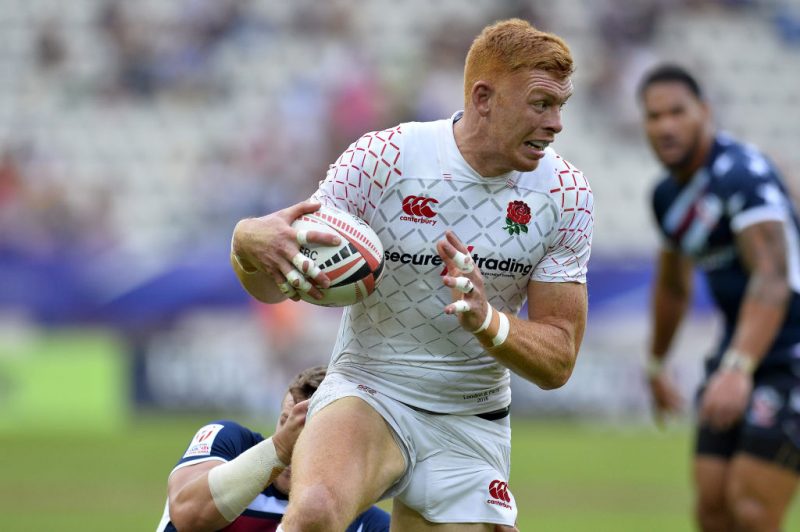 MARATHON man James Rodwell is certain Simon Amor’s England have the quality to beat anyone on the world stage.

And, with 95 major Sevens tournaments in either a Red Rose or Team GB jersey behind him, Rodwell, 33, is worth listening to.

He has been a mainstay of the England team since 2008, when he was called up by then-head coach Ben Ryan for the World Series event in Dubai.

Running his eyes over the contenders, Rodwell told The Rugby Paper: “I know Mike pretty well and the chance to play USA would create a huge buzz. The atmosphere in the crowd will be electric and they’ve got some dangerous players, but we’d give them a battle.

“The Fijians brought in guys like Leone Nakarawa and Semi Radrada from 15s recently and they’ve got an incredible natural talent. They’re definitely a side pushing to win the World Cup and they’re the most dangerous team to come up against.

“New Zealand have been rebuilding a bit this year, but they’ve hit form at various times, while South Africa were the World Series champions and they’ll back themselves to win, but we know we can beat these top teams and that’s our aim.”

Ten years on from his Dubai debut, former Moseley back row Rodwell is churning out the miles as enthusiastically as ever.

He added: “This will be my third World Cup. I’ve done three Commonwealth Games, an Olympics and 88 World Series events as well and if anyone had told me I’d beat Ben Gollings’ record of 70, I wouldn’t have believed them.

“It’s been a good journey and while 2008 seems a long time ago in some ways, in others it doesn’t.

“I still remember vividly getting a phone call from Ben Ryan. I was home alone and when the phone rang I was expecting it to be bad news, but when he told me I’d been selected for Dubai I was jumping around the house with no one to tell.”

Rodwell added: “The fitness demands of Sevens are getting harder each year and I’m getting older, but one thing that has never left is my competitive nature. What drives me each day is not wanting to get beaten by young guys coming into the programme, nor by the guys already in it.

“That’s my target and fitness is such a key element of the game that you have to work hard to be at the level you want.”

Rodwell has witnessed many changes in Sevens, not least of all the almost complete separation between 15-a-side rugby and its short-form cousin. “The big shift was when countries decided to have a full-time Sevens programme,” says Rodwell.

“Because you had a settled squad it meant you were building day-to-day together going into each tournament and could work on the finer details and your structure, rather than starting from scratch every time with a new bunch of guys.

“Once a couple of countries had started to do it, the rest of the World Series followed pretty quickly.

“From when I started and was playing club rugby for Moseley as well, Sevens has changed immeasurably and it’s been great to be part of it.”

Rodwell believes this week’s World Cup in San Francisco can take Sevens to a new level, explaining: “The Olympics effect increased the global audience of the game and the support we get from around the world now is incredible wherever we go.

“The amount of people who came up to us after Rio and said they enjoyed watching Sevens was unreal. I’d been saying that for years, but it needed to be on that big stage to take it to the next level and it will be exactly the same in San Francisco.

“This season you’ve seen five different winners in the World Series and you go into tournaments knowing seven or eight teams could potentially win. It creates an incredible spectacle for fans and is something Americans will really buy into.”

As for retirement, Rodwell, who turns 34 next month, says: “I’m not going to make any decisions until after the World Cup but I love Sevens and would like to stay involved.”

Hitting 100 tournaments would be massive, but Rodwell adds: “It’s not necessarily about reaching a century, it’s about enjoyment and being able to perform. If that goes, I’ll go, but whatever number I end up on, I’ll have had a good career.”