England grab their first win in South Africa since 2000

Posted on 2nd July 2018 by admin in Latest News 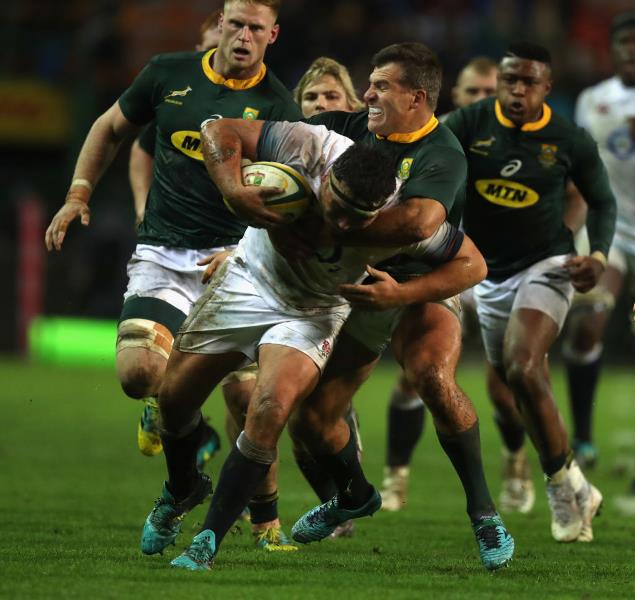 The Springboks didn’t show much discipline in this match, conceding 15 penalties, compared to England’s 6. Once they had the momentum and the field position, the visiting side managed to score a face-saving handy win with a score line of 25-10 (detailed report at bbc.com).

A lot of rugby punters had betted against England and are believed to have lost a considerable amount of money after the result. If you too have been thinking about betting on rugby matches but didn’t know how to begin, please note you must always use free bets to test the waters first. It’s only later, once you’re confident, you must invest any of your own money. You can avail the best free bet offers at australiabestbets.com.au.

The Centre Owen Farrell put on an excellent kicking display, succeeding with 6 penalty kicks, as well as a conversion for a 20 point haul. On the other hand Johnny May helped England score its first ever try against the South African side, to end the contest with 8 minutes to go.

The Springboks didn’t have any answer to England’s moves in the absence of territory and possession. The visitors showed far better clinical ability and acclimatized to the conditions well.

Springboks were found chasing the entire match, right from the beginning. They held lead in the match for only 2 minutes after Jesse Kriel, their Centre grabbed a well-weighted kick by Warrick Gelant in the beginning of the 2nd half.

Factoring in how wide the field was, both the sides managed the elements fairly well. In the end it came down to which team made the least amount of mistakes.

English players are better well-versed in playing in such cold and soaked up conditions. The Boks successfully managed to pin England back in the opening exchanges, but the visitors gradually grew into the encounter.

On the whole, it was a tight battle, wherein England succeeded in creating an occasional space far more effectively than their counterparts. You can read more about the encounter at theguardian.com, as it happened.

Excellent work by the players

Johnny May continued with his good form from the first 2 tests, by making quick inroads into the Springboks territory. Even though he couldn’t finish initially, as it was quite difficult to find the final pass on such ice-rink-like surface, he was always making the right moves.

2 out of the 6 penalties conceded by Springboks during the first half culminated into points through Owen Farrell. Going into the break with 6-3 on the scoreboard was by any means a good outcome for the South African side, after the opening 40 minutes.

All the set pieces seemed finely balanced for the Springboks, however, Tom Curry had other plans. He left Boks in a situation that they had to turn to their heavy hitters to give them some momentum. However, they were met with fierce resistance. In the end, it was the English side that came out on the top.