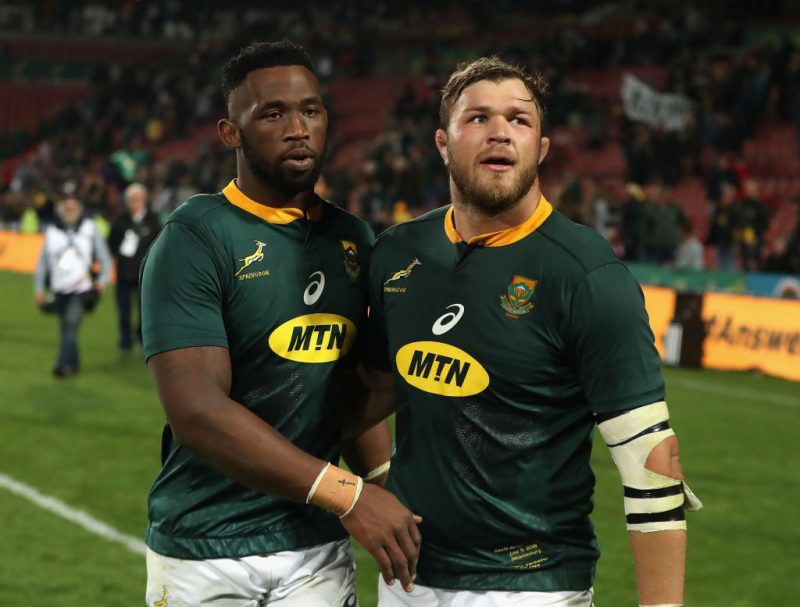 South Africa’s talismanic number 8 Duane Vermeulen has ended speculation over his future by signing for Kubota Spears of the Japan Top League.

Despite boasting Taulupe Faletau and Zach Mercer as their options at number 8, a South Africa media report published this week claimed Vermeulen was courting interest from the Premiership side.

That appears to be over after the 31-year-old’s move to Japan was confirmed by Kubota, coached by Frans Ludeke who was in charge of the Bulls during the early stages of Vermeulen’s career in Pretoria before a switch to the Stormers.

Vermeulen told Kubota’s official website: “I am honoured and grateful to be a member of the Kubota family and looking forward to joining the Spears.

“I promise to share my experiences I have been honored with so far with all of Kubota Spears and will do my best on and off the field for Kubota Spears. And from Kubota Spears’ team mates, I would like to learn more about attitude to rugby and many other things.

“I appreciate having the opportunity to stand on the start line to wear Kubota Spears’ jersey.”

Vermeulen brings to a close a three-year stint in France with Toulon, where his biggest achievement was finishing as a Top 14 runner up in 2015-16, but his move to Japan will feel like a home from home with countrymen Ruan Botha, Lappies Labuschagne and Burger Odendaal – all one-time Bulls – also in the Spears squad.

The Japan club season runs from August until the end of December, where play-offs in January then decide the league’s champion – could interest from Bath be revived then?