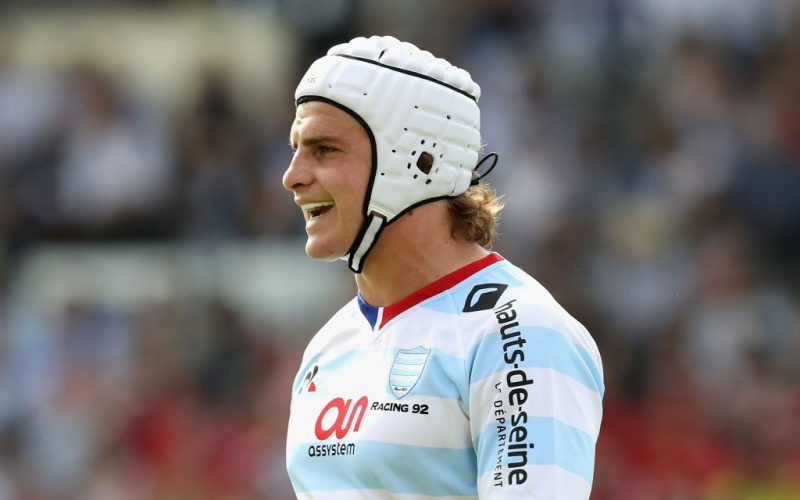 Racing 92 have named Pat Lambie at fly-half to do battle with Johnny Sexton in the Champions Cup final in Bilbao this weekend.

The South African is preferred to Dan Carter for the starting spot at San Mames Stadium, as was the case in the Parisians wins over Clermont Auvergne and Munster to reach the final.

And for Lambie, who made the switch to Racing last September from the Sharks, the spectacle holds the same weight in expectations as when he pulled on the Springbok jersey for the first time.

“It is just as huge as my first Test for South Africa and as the World Cup quarter-final and semi-final that I played in,” the 56-time capped fly-half said.

“One thing is certain – it’s fantastic to have the chance to play in these great matches and I’m really going to savour this one, because they don’t come around every year.”

Seeking to equal Toulouse’s record for most European Cup wins, three-time winners Leinster have named Jordan Lamour on the wing to complete a back three of Rob Kearney and Isa Nacewa, who is starting on the left wing in his final European appearance for the club before retiring at the end of the season.

At the age of 20, Larmour has been lauded as one of Ireland’s foremost emerging talents and could add to Six Nations Grand Slam honours with a Champions Cup winners’ medal on Saturday after wing Fergus McFadden was ruled out for the season.

As expected, Luke McGrath gets the nod from the medical department to partner Sexton in the half-back positions despite a knock to his ankle. Leinster’s management have decided to bring scrum-half Jamison Gibson-Park to the replacements’ bench which means there is no place in the matchday-squad for James Lowe.

The New Zealander has fallen foul to the EPRC law that limits teams to selecting only two ‘non-European’ players, as Gibson-Park and blindside flanker Scott Fardy are preferred.